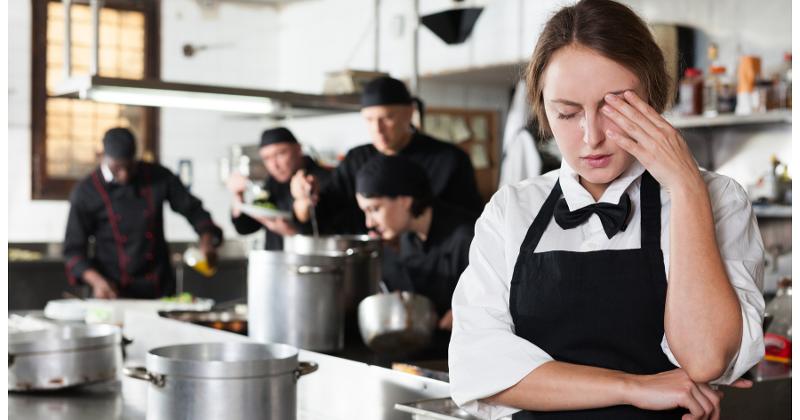 With job vacancies up 68% and the number of job seekers remaining flat, this isn’t an ordinary tight labor market, finds a new survey from Snagajob, an online marketplace for hourly work.

But as restaurants scramble to fill jobs this summer, potential hires face multiple roadblocks to returning to work, reveals the Snagajob Summer Hiring Report 2021. Employers may have to rethink hiring practices and boost benefits to better attract the post-pandemic worker.

It’s commonly believed that the government’s weekly unemployment check is keeping restaurant employees from re-entering the workforce, but only 4% of hourly workers are waiting for benefits to expire, finds the survey.

Another 33% of respondents aren’t actively looking for work because they’re burned out from long-term unemployment. Also in the mix are the numbers of restaurant and hospitality workers who changed industries to find competitive work at a better wage.

“While many believe extended unemployment benefits are disincentivizing workers from coming back, that isn't the whole story. Access to increased wages, affordable childcare, lingering health concerns and the millions of people who re-evaluated their work during quarantine are also giant contributors,” said  Mathieu Stevenson, CEO of Snagajob.

The good news is that the number of teen job seekers is up 35% year over year. Snagajob attributes this to the widespread availability of vaccines for this age group and the data showing that there are six times more college deferments than last year. What’s more, teens are not eligible for unemployment benefits.

Despite the evidence that unemployment benefits are not the only reason for the current restaurant labor shortage, states that are ending federal benefits before the Aug. 31 deadline are experiencing a surge in job applicants. The growth in job seekers where benefits have expired ranges from 8% to 13% and should increase as the deadline gets closer, said the survey.

But these potential hires are looking for certain perks in a job description, according to the survey.

While high wages are a priority of 84% of applicants, 77% are seeking flexible scheduling, 58% want good benefits and 57% are concerned about health and safety precautions.

Boosting perks can give employers an edge.