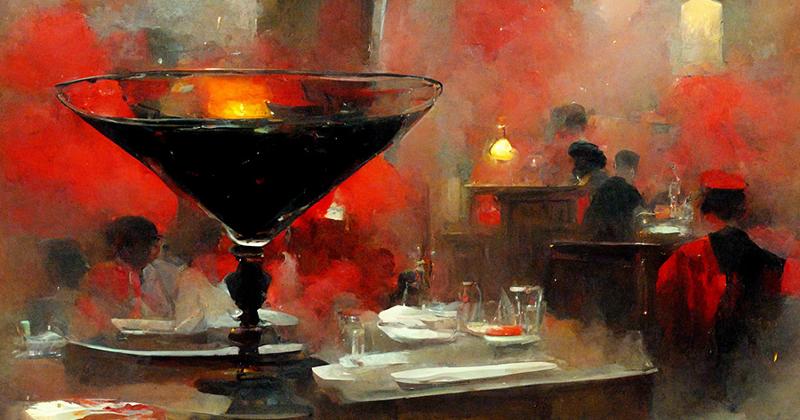 It was a hot summer day in July, and Zia Sheikh was drinking at a bar when he suddenly felt very cold, even shivering. He stepped outside to warm up and decided to sit in his car with the heat on full blast.

Before he knew it, Sheikh passed out. When he woke up in the morning, his seat was reclined, the windows were down and his keys were sitting in the passenger seat.

Somebody saved his life.

“This person kind of gave me a second chance at life,” he said. “I woke up that morning just realizing that I almost killed myself the night before.”

Nights out with too many drinks were a regular occurrence for Sheikh, but in that moment, he realized he became addicted to alcohol during his then-decade as a professional chef.

He returned to the same bar several times that week in hopes of finding the person who had helped him.

“To this day, I don’t know who that person was, but this person was almost like a guardian angel. I wish I could find this person just to thank them,” said Sheikh, who is based in New York City. “I realized then that I had a problem, but I still didn’t do anything about it.”

Over the next three years, Sheikh began to drink in isolation. He avoided drinking with his staff because he didn’t want them to see him in a negative light. He tried to limit his consumption, but he didn’t stop.

In 2016, when he received a new chef position, he continued to cut back but kept drinking by himself. At the same time, he was suffering from anxiety and depression.

Two years later, his boss realized Sheikh had a problem but didn’t know what it was. Sheikh was no longer able to hold the kitchen together, and his boss let him go. He was experiencing burnout and it seemed all his problems were catching up to him, he said. This was the moment he realized he needed a lifestyle change.

“I took six months off from the industry to finally get help for myself. I started therapy, I became sober,” he said. “I also started researching all these resources that were available to people in my position where it did not require a lot of money, it did not require a lot of time commitment and also they didn’t require any kind of insurance, because I was in the position where I didn’t have a job or insurance to cover anything.”

For Sheikh, getting fired was a blessing in disguise. He never returned to restaurant kitchens full time, opting instead to work as a private chef. And he took his research and started Restaurant After Hours, a nonprofit that provides mental health support to those in hospitality.

Sheikh said he thinks the high rates of addiction found in foodservice are spurred by the accessibility of alcohol and the grind-centric work culture.

“We use alcohol as a way to just kind of motivate people to keep going,” he said. “We can do that in other ways—we don’t necessarily need to give somebody a shot to do that.”

Additionally, the high-pressure environment of a kitchen can take a toll on workers, and they may turn to alcohol and drugs to cope.

“You know that anxiety that you feel when you have a deadline approaching, where you need to get a certain thing done by a certain time?” he said. “Imagine feeling that type of anxiety every couple minutes; that’s essentially what it’s like working in the restaurant industry. You are under constant pressure to perform at 100% to make sure things are as consistent as possible, as timely as possible.”

Sheikh said that struggling workers sometimes look for a positive influence from senior management, and it’s vital for supervisors to listen to their employees.