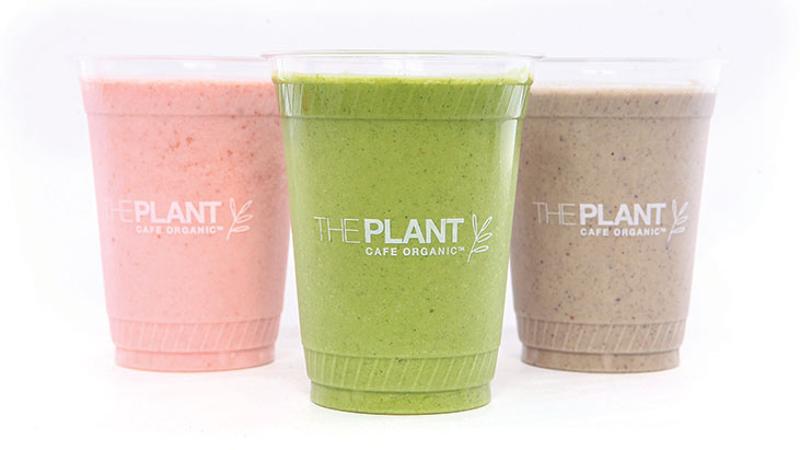 Even as consumers continue to crave protein, there’s recent evidence that a dinner plate filled with beef, chicken or seafood is not the best way to get it. Researchers at the University of Texas found that, for optimal muscle growth, it’s better to spread protein consumption evenly over the day. While plenty of breakfast eaters still opt for high-protein eggs or yogurt, protein-rich smoothies and shakes are a growing opportunity for operators with limited breakfast menus targeting people on the go.

Protein drinks for breakfast are nothing new for body builders and competitive athletes, but the market is broadening to include everyday fitness- and health-conscious consumers, according to Chicago researcher Mintel. Robeks, the juice and smoothie chain based in Los Angeles, recently split its long-running protein drink menu into two distinct sections—Performance and Power. “We had a new customer—those looking for protein-specific, whole-foods callouts,” says CMO Chad Bailey.

“I have folks that like a powder protein addition and others that are looking for whole-food nutrition,” says Bailey. So Robeks also added Greek yogurt and naturally protein-rich seeds like chia and flax to its beverage lineup. These proteins are sought after in drinkable breakfasts by people who work out (but are less hardcore), on-the-go moms with no time for breakfast  and office workers looking for a morning pick-me-up, Bailey says.

Protein powders are a fast-growing segment, Bailey says, but warns that it’s key to balance nutrition and palatability. The sweet spot for protein falls somewhere between 15 and 20 grams, he believes. “North of 20 grams per drink often has an adverse effect on mouthfeel and overall taste,” he says.

In testing a number of protein-rich nut butters last summer, Sascha Weiss, culinary director of The Plant Cafe Organic, found that almond butter best delivered the flavor, creaminess and nutrition he was after. “Because of the fat, calories and protein in the raw ingredient, almond butter gives a smoothie the feeling of a true meal replacement,” he says. The best-selling breakfast smoothies at the Northern California-based concept are the Protein (banana, blueberry, hemp protein, almond butter and coconut milk) and Green Banana Almond (banana, almond butter, kale and almond milk), each going for $8.

While the West Coast saw the biggest surge in menu mentions of protein-rich smoothies—6 percent growth over the last year, according to Technomic—the trend is not confined to that part of the country. Protein Bar, with 20 units in Colorado, Illinois and Washington D.C., is offering a selection of blended drinks ($5.99 each) aimed at breakfast customers. Most popular at Chicago locations are the Pier-nut Butter and Jelly (vanilla protein powder, almond milk, peanut butter, berries and agave nectar) and the Millennium Perk—a blend of protein powders in chocolate and espresso flavors, almond milk and cocoa malt—combining a caffeine jolt and a protein fix in one to-go cup.