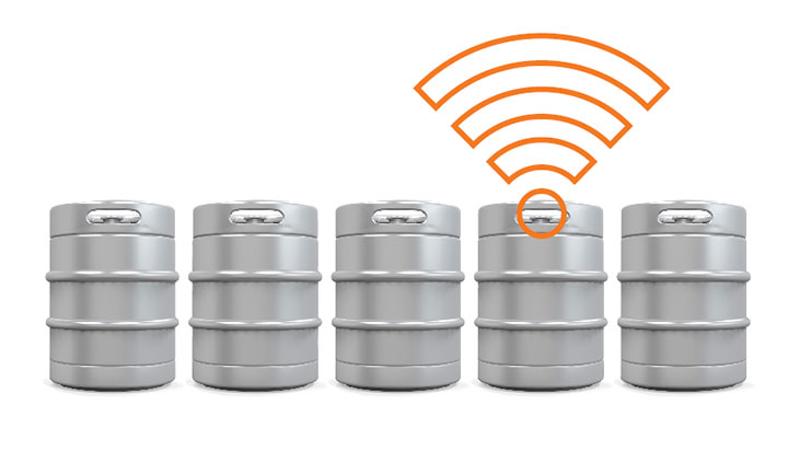 When it comes to beer on tap, one of the biggest pain points for operators—physically and operationally—is taking inventory. While some bars and restaurants are pulling back on the number of tap handles, others are expanding their taps to catch the growth of craft beer and cider. And with standard draft systems, managers can spend hours shivering in the walk-in, hefting every single keg to estimate its contents.

That’s why when Michael Symon Restaurants opened its newest restaurant, Mabel’s BBQ, in Cleveland this spring, the company took a high-tech approach. “We find cost savings come to us through the improved efficiency of our inventory process and our ability to better organize and stock the keg room,” says Brian Deibel, director of business performance and technology.

Beyond back-of-house management, operators are enhancing tap systems with smart high-tech features to  reduce waste and spoilage, improve margins and even help drive more traffic to the bar—automatically.

At Mabel’s, which has 24 tap handles, Deibel augmented the draft setup with technology that measures the weight of each keg in the cooler, continuously communicating that information wirelessly. Management can monitor beer stocks from any smartphone or tablet.

“It is much more accurate than any other inventory method we’ve used in the past, and gives us the benefit of real-time information.” says Deibel. The system also displays a “low” warning when the level of any keg drops below 5%.

When Howard Samber, food and beverage manager at Tuscany Suites & Casino in Las Vegas, devised the 40-tap system for the new Pub 365 (named for its rotating list of 365 craft brews), he chose a different approach. An adjunct system monitors every fraction of an ounce of draft beer as it is poured, maintaining depletion inventories of the kegs and communicating via a keg-shaped icon. Instead of being tied simply to sales, the system also accounts for comps for high rollers as well as kitchen use—such as for beer batter, for example. Managers can view interactive analytics reports, tracking what customers are ordering and averaging generated income in order to predict popularity.

One benefit of these enhanced draft setups is having detailed information to hone purchasing. “It gives us a clearer picture of what our guests are buying and what beer styles are trending,” says Deibel. Because the setup alerts servers if a keg is about to kick, they can avert customer disappointment by suggesting an alternative.

Mabel’s lets its beer-curious guests educate themselves via a draft list on an iPad that displays each brew’s tasting notes, label graphics,  level of bitterness (IBU) and ABV. Pub 365 similarly offers beer details on its digital menu, which is prominently displayed outside the restaurant to attract passing casino guests. But it takes that information a step further.

At Pub 365, the draft system automatically updates several customer-facing screens in the bar as well as the pub’s mobile app, website and social media channels. The screens display each draft beer’s name, brewery, style, ABV, IBU, price, portion size and the style of glass it will be served in.

The system also allows Pub 365 to build buzz around its so-called “unicorns.” Every time one of these rare one-of-a-kind beers is tapped, that news is automatically updated to alert fans on social media. “People can see on the screens in the bar, on Facebook or on their phones that there’s just 10% of a keg left, say, of this rare brew, and if they want some, they’d better jump,” says Samber.