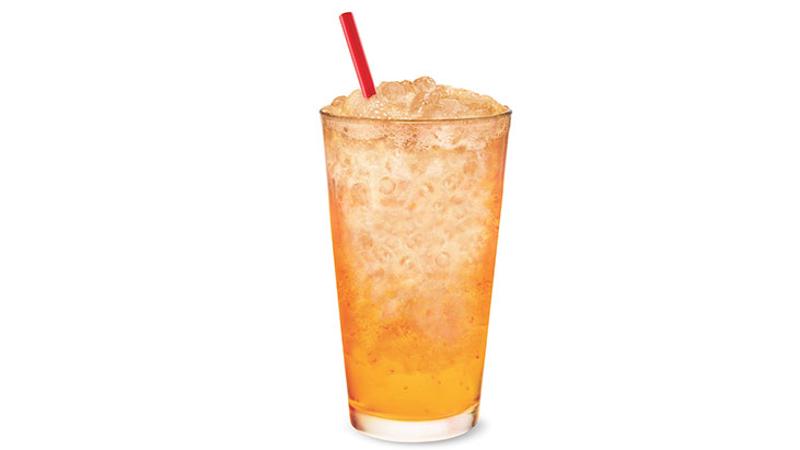 In the last year, menu mentions of sodas in limited-service restaurants decreased by 4.5%, according to Technomic, with health concerns contributing to the downward trend. But not all chains are willing to turn their backs on high-margin sodas. Instead, some LSRs are focusing on customers who are big purchasers of soft drinks, giving them more reasons to buy.

Standby efforts such as free refills, bundling sodas into value meals and supersizing the cup continue to pad revenues for certainTop 500 chains. Others are promoting craft sodas, customization and LTOs to appeal to consumers—especially millennials.

This spring, Sonic Drive-In rolled out Soda Pop Shoppe, a throwback line of cream sodas carbonated either with seltzer or a soft drink such as root beer or cola. The beverage then is blended with what the chain markets as “genuine sweet cream” and customized with one of seven syrup flavors, including blue coconut and green apple.

Scott Uehlein, VP of product innovation at Sonic, calls the release of the limited-time cream sodas a logical extension for a chain that touts itself as “the ultimate drink stop” and relies on oft-changing LTOs to keep consumers coming back.

“Because LTOs are part of our business model, we get a lot of lift from things like Soda Pop Shoppe—people come in knowing it’s not going to be there long. They try it once for the experience and repeat because they like it,” says Uehlein. “The cream sodas definitely walk that ‘craft’ line of being both nostalgic and progressive,” he adds.

Sonic also is pushing Soda Pop Shoppe during its daily Happy Hour from 2 to 4 p.m., when it is available for half price along with the chain’s shakes and slushes. “Happy Hour is part of our DNA and a successful marketing piece for us,” Uehlein adds.

According to Technomic, popular mix-your-own soda machines can encourage some consumers—especially men and guests age 18 to 44—to visit one concept over another. Firehouse Subs requires that all franchisees install the machines, which offer over 120 fountain soda blends, and they are “a primary differentiator for the chain,” says CEO Don Fox. “We now have the highest beverage incidence in [the fast-casual sandwich category].”

About 80% of Firehouse’s soda sales come from dine-in customers ordering meal combos, in line with other limited-service chains. But Firehouse also offers a proprietary drink from its machine—a cherry limeade developed by its R&D team and the supplier—that has become its No. 2 seller behind cola. To take customization and the limeade’s flavor to the next level, each unit offers wedges of fresh lime at its beverage station and prompts customers to squeeze them into the drink.

Although the rise in takeout has cut into Firehouse’s soda sales, says Fox, the fast casual is experimenting with different cup styles and cup carriers to stem the tide. “A sturdier cup holds up better in a car’s cup holder, especially in the larger 32- or 44-ounce size, which most guests order,” says Fox.

Also in test are redesigned carriers that will firmly hold up to four large soda cups, says Fox. “To keep soda sales strong, it takes the right packaging, cup sizes, beverage choices and meal combos that appeal to your customer base.”