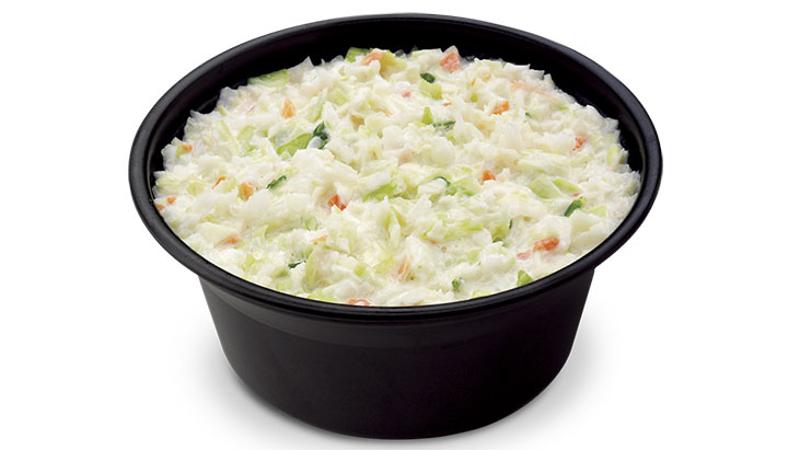 Chick-fil-A shocked its legions of fans by confirming New Year’s Eve that it will drop the chain’s signature coleslaw from the menu on Jan. 18, saying it needs the room for newer and healthier items.

The popular side predates Chick-fil-A’s core product, the chicken sandwich. It was developed in 1946 by founder Truett Cathy for the concept he ran before launching Chick-fil-A, a diner called Dwarf House, and was carried over to his new venture.

To soften the blow to upset fans, Chick-fil-A released the 70-year-old recipe for the coleslaw for the first time. The blueprint shows one of the reasons why the product is being dropped: Among the key ingredients is sugar, a quarter of a cup for a batch that serves six to eight people.

The chain yanked coleslaw from the menu of selected units earlier in the winter to gauge the reaction of customers. At the time, Facebook posts by an individual unit suggested the side would be replaced with selections like a kale and broccolini salad, which the restaurant labeled a Super Side.

The chain, which is known for its fried-chicken sandwiches, has been taking ambitious steps to provide a “cleaner” menu. It announced that it would switch to additive-free chicken, and has added a number of nonfried items in recent years.

Chick-fil-A is playing up the discontinuation of coleslaw as a somber occasion. Its website features a video Ode to Cole Slaw, complete with remembrances from fans.

“All in all it was a beautiful 49 years, Cole Slaw,” reads the post.