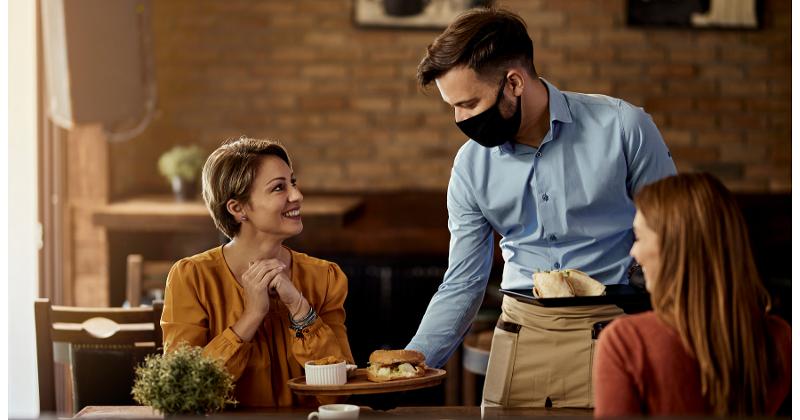 Pandemic-weary consumers may have a lot of pent-up demand to visit restaurants, but they’re clinging to some of the eating habits they adopted during COVID.

In a survey conducted by Revenue Management Solutions (RMS) at the end of February, 32% of Americans said they plan on eating out more often than they did pre-pandemic. That’s a 19-point jump from November 2020, when only 13% gave that response.

But they won’t be using restaurants in the same way—at least in the near future.

Breakfast and lunch are the away-from-home meals most impacted by pandemic behavior changes. Of the 1,119 U.S. consumers surveyed, 29% now work primarily from home, with only 6% working primarily back at the office, RMS reported.

That slow return means that people are not grabbing breakfast on the way to work or ordering lunch from a restaurant as frequently as they used to. In fact, 45% of respondents said their breakfast habits haven’t changed since November and 51% reported the same with lunch. 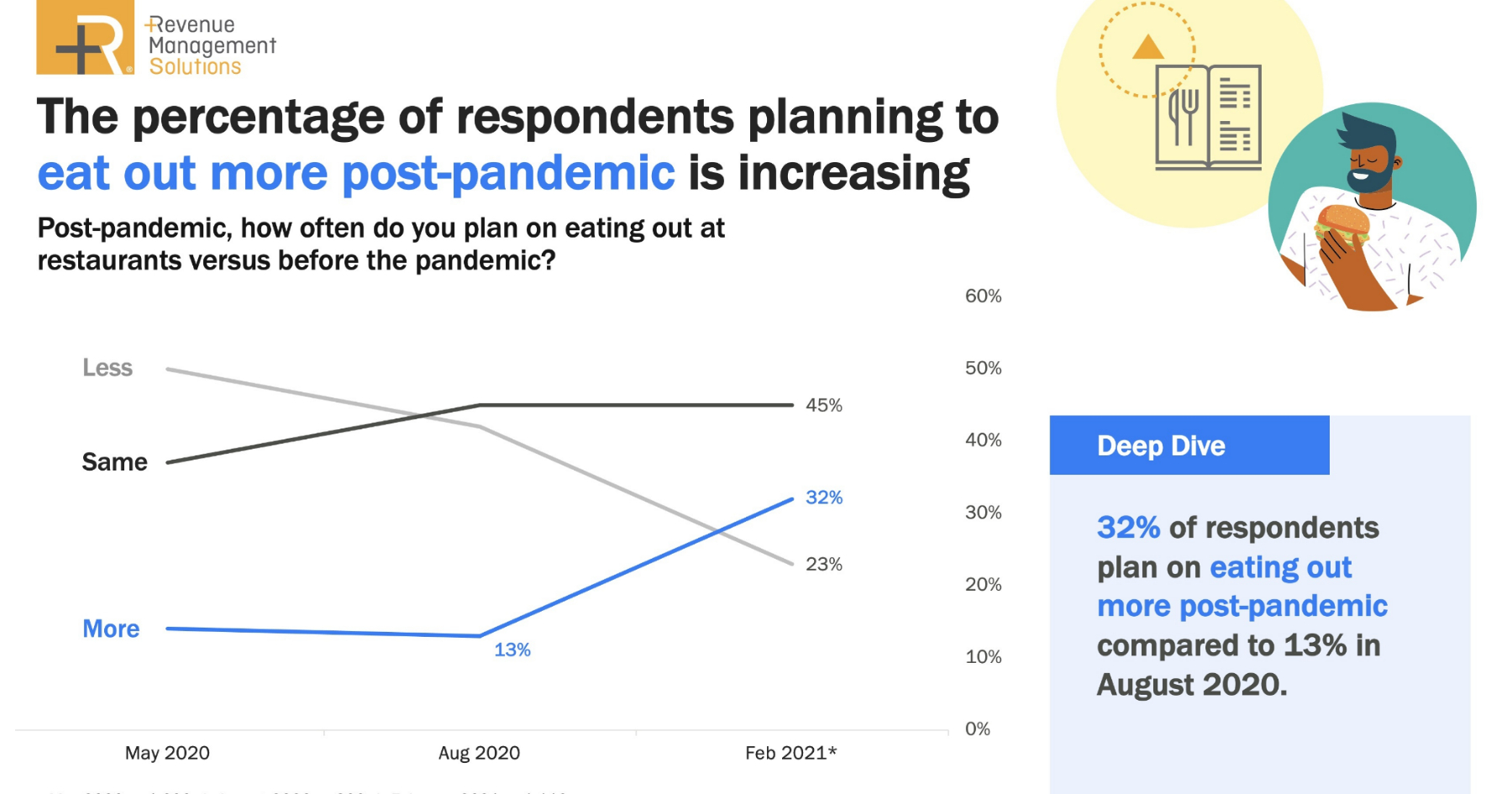 As vaccinations reach the majority of the population, that behavior may change. More than 60% of consumers said they had been or plan to be vaccinated, and that number has increased through March and April. Back in February, 70% of respondents believed that vaccinations will speed up recovery of the dine-in segment.

The number of COVID cases at the local level was the No. 1 factor in deciding whether to dine out. Sixty-one percent of consumers relied on those figures before making the move to visit a restaurant.

Takeout and drive-thru activity continues to be high—67% and 73% of people respectively were purchasing meals weekly through these channels. But restaurant delivery saw a 6% decline overall, with usage dropping 12% for Gen Z consumers and 8% for millennials.

The good news for restaurateurs is that Americans seem amenable to higher menu prices. Most consumers believe that increased safety precautions, minimum wage and food costs justify price increases. Boomers are most understanding, with 70% in agreement, while only 41% of Gen Zers feel the same.

RMS has been tracking U.S. consumers’ dining habits since May 2020. This is the latest in the series of surveys.