The National Restaurant Association has systemized the job of predicting the future and assigned it to an in-house seer, Adam Hasley.

Actually, functioning as staff clairvoyant is only part of Hasley’s job. As director of advocacy research and insights, he’s also charged with providing the association’s lobbying team hardcore data and qualitative findings to support the industry’s position on government issues. But he acknowledges that “I find the future stuff to be more fun, so I tend to focus more energy on that.” 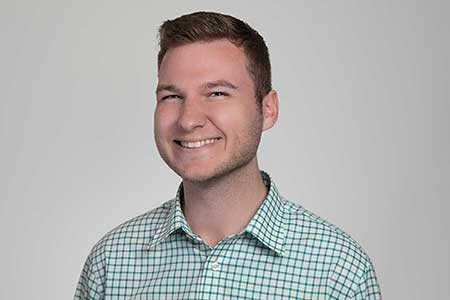 His mission on that front is to identify opportunities and threats the industry is likely to face, be it two or 20 years in the future. But it’s not a matter of reading tea leaves or plotting star movements.

“We have a pretty robust AI system that does a lot of the crystal balling for us,” says Hasley. At any given time, he’s watching 120 issues, though the exact ones can change, as can their level of importance on a daily basis.

The input includes what advocacy groups, think tanks or other influencers may be saying about an issue. He might also use focus groups or speak with operators with first-hand exposure to a topic. It’s science, not intuition.

“We’re very fortunate, or unfortunate, that almost every issue you can imagine is going to affect the restaurant industry in some way, because of its size,” Hasley says. It’s more a question of how or when.

If it’s a near-term wallop, Hasley’s assessment might figure immediately into the advocacy team’s strategy or tactics. Otherwise, his role is making sure the association is aware of looming possibilities so it can plan or prioritize accordingly.

A prime example: the legalization of cannabis for recreational use, a topic the association addressed during one of its educational sessions at the group’s annual convention in May. Hasley led a panel of experts who sketched out what’s happening in the nine states where lighting up for fun is now permitted, and what operators elsewhere can expect midterm and beyond as legalization spreads. The session proved the issue should be of as much interest to businesspeople as it is to Grateful Dead fans in tie-dyed T-shirts.

On other fronts, overseas markets are a frequent focus of his research. “There’s a KFC in China that’s in beta test right now with a system that let’s you pay with your facial expression,” he says.

That advance in biometrics, one of the emerging issues he’s tracking, might sound far afield for U.S. operators. But understanding those forward steps could help association members contend with near-term manifestations like replacing punch-in time cards with retinal scanning or fingerprint identification.

Some of what catches Hasley’s attention is fed to the association’s study groups, each a collection of operators who focus on a particular dynamic, from marketing to technology and purchasing. Their discussions can help the association prepare for changes in the business, he explains.

The looming issues he identifies are sometimes met with future shock and concerns about his mental health, as if he’s watched one “Star Trek” episode too many.

“If people didn’t think I was crazy on a daily basis, I wouldn’t be doing my job right. It’s a matter of identifying those issues that no one has ever heard of,” Hasley says. “It’s not so much they’re skeptical as it is we’re dealing with issues that we didn’t know of.”

Hands-on operators in particular tend to be startled, a function of their intense focus on the day-to-day functions of their business.

Hasley cites the example of blockchain technology, which tracks and correlates changes in real time of variables constantly in shift, like the value of a cybercurrency. It’s not something that operators have time to explore. And yet the expectation is that blockchain dynamics could become more important, if not essential, as more commerce shifts online.

He’s reluctant to reveal the other issues on his 120-topic list, noting that it’s a fluid roster.

Hasley came to the job with what he acknowledges as an odd background. His professional life had been split between working as an international consultant, helping brands move into new global markets, and serving as a political consultant in public office campaigns. Marco Rubio was a client.

The point of intersection, and a core of his current position, is the use of big data to predict outcomes and public behavior. There was also a common communication dynamic of determining what messages would resonate with consumers, either as voters or buyers.

He spent two years in China, and joined the association about two years ago. He is currently pursuing a master's degree from Harvard University, but declines to reveal personal information such as his age. He suggests that a reporter call him a 20- or 30-something, noting, “That covers it.”