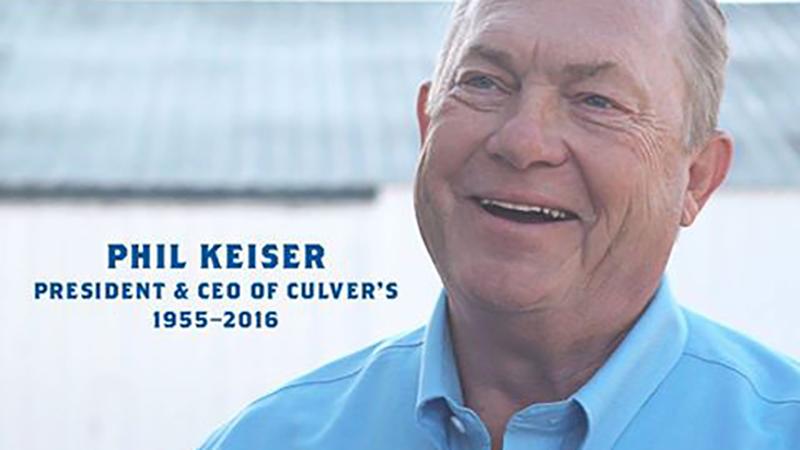 Phil Keiser, who capped a 20-year career with Culver’s by becoming the first person from outside the Culver family to serve as CEO, died on Saturday from what the chain said were natural causes.

“The entire Culver’s community is devastated,” the chain said in a statement released this afternoon.

The specific cause of death was not disclosed.

Culver’s said that Keiser’s predecessor, Craig Culver, will resume his duties as CEO until a replacement is found.

Keiser, 60, had been named president and CEO of the burger and frozen custard quick-service concept in February 2015. Previously, he had served as COO and director of operations.

Culver’s said that Keiser was instrumental in the expansion of the chain. When he joined the franchisor in 1996, the system consisted of 43 restaurants. It extended to 580 locations in 24 states at the time of his death.

Keiser’s tenure in the business extends back 35 years, when he worked with such concepts as Burger Chef, once the nation’s third-largest burger chain, and Hardee’s.

He is succeeded by his wife, Betsy; three children; and four grandchildren.