When Jacob Tyler Roberts started shooting at the Clackamas Mall in Oregon last December, employees at the Cinnabon barricaded themselves in the back of the store. 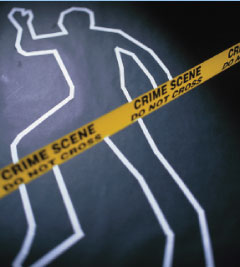 “They sent text messages to general managers and district managers saying they were fine, and to people due to come in for the 4 p.m. shift,” says the store’s franchisee Steve Foltz.

Roberts killed two shoppers and then himself. The story was soon overshadowed by the murders in Newton, Connecticut. And while these incidents have focused the nation’s attention on gun violence, the restaurant industry is faced with it nearly every week across the nation.

Headlines form a random week in January: a triple shooting outside a Baltimore restaurant; a trial begins in Oakland for the man suspected of killing two people and wounding five others in a restaurant in 2011; a Virginia man is arrested for shooting a woman at a Virginia Beach restaurant; one person killed, another wounded after a shooting at a Columbus, Ohio, restaurant; and on and on.

How do you prepare for trauma in your restaurant, whether gun violence or some other catastrophe, and how should you respond if it happens?

For the first three days after the Oregon mall reopened, Foltz worked there from opening until close. He also didn’t change the scheduling of any of his employees unless they asked. “I just wanted to get everybody back if they wanted to be in.

“If someone needs [time], we’ve told our managers to be understanding. We think there might be emotions still to come.”

The plan, she says, should include scenario planning; a list of crucial contacts and multiple ways to reach them; a crisis communication plan for dealing with the media; and guidelines on how to handle key issues—such as gun violence—in a restaurant.

“It needs to be alive,” she says. “So managers need to bring it out, talk about it and practice it.”

These dry runs are optimal if key people are sometimes excluded, Huggins says, since on any given day at least one person is likely to be out.

Paul Purcell, co-owner and lead security analyst for InfoQuest Investigators, a disaster preparedness consulting firm in Atlanta, Georgia, advises restaurants to use their most valuable assets, their people.

Try to always have employees experienced in first-aid, CPR, triage and life support, he says.

It’s also important to train servers to be in charge of their stations in the event of a crisis, he says. Servers should lead customers out at an appropriate time, and be in charge of collecting contact information from witnesses, in case it is needed afterwards. “If you train them, any reaction becomes second nature,” Purcell points out.

Operators should provide each employee with a one-page crisis management tip sheet—or even a wallet card that can also be stashed in locations in the restaurant such as the hostess stand. This should include phone numbers for the crisis management team, Huggins says.

Foltz—the owner of 22 restaurants in Oregon and Washington—is already working on how to be prepared in case of another violent event.

He plans on updating his employee handbooks to ensure his crisis management procedures are accurate and adequate. “Now you think of everything that could possibly happen.”

Two important tools he’ll continue to stress are a phone tree that’s to be used in emergencies, and in each store a whiteboard that details who’s working, who’s on break.

But for now all of his restaurants are ensuring their first aid kits are up-to-date and that flashlights are available. His action plan for an emergency—such as gun violence, robbery, fire or earthquake—is simple and has been verbally communicated to employees. It will be added to the employee handbook soon. The plan instructs employees to:

If an employee believes there’s a risk of domestic violence spilling over into her workplace, the manager should station her as far from the door as possible so she’s not easily accessible.

The employee should also provide a photo so hostesses and anyone near the door can see if the person enters the building.

There are steps every restaurant should take in a crisis, says Catherine Huggins, with Huggins Consulting Group.