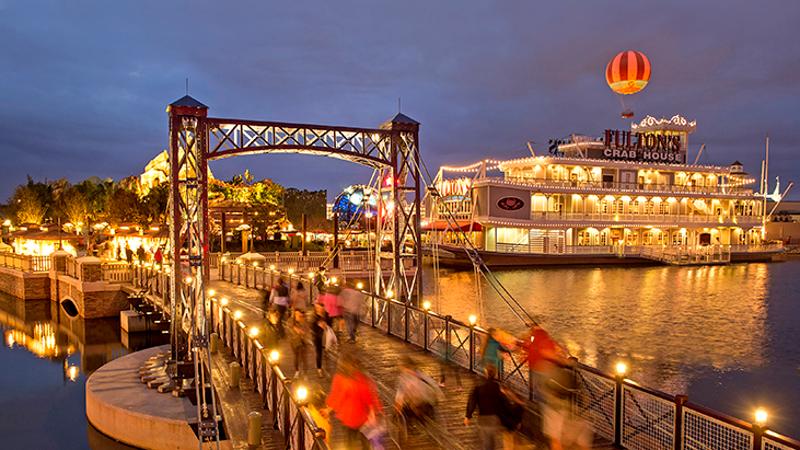 As traffic to Disney World grows, so too must the dining and retail options that serve it. That idea drove the resort to make over its shopping and dining district as Disney Springs, Downtown Disney’s next frontier.

When the revamp is complete next year, the area’s number of restaurants, shops and entertainment venues will have more than doubled to 150-plus spots. But an upgrade in Disney fashion also meant looking at how to create an experience distinct from anything else in Central Florida, says Maribeth Bisienere, SVP of Disney Springs, ESPN Wide World of Sports Complex and Disney’s Water Parks & Mini-Golf.

Part of that includes adjusting to the way diners eat today. Downtown Disney’s four food trucks—among the first dining options to roll out as part of the Disney Springs transformation—give visitors an on-trend quick-service option beyond a brick and mortar. From there, additional casual formats (see next page) followed.

But grab-and-go isn’t all that’s on the table, as the district’s full-service spots seek new ways to appeal to both honeymooners and millennial families. Former top-grossing restaurant (and No. 20 on this year’s Top 100 Independents ranking) Fulton’s Crab House is reconcepting; it will reopen as Paddlefish this fall, featuring a new rooftop lounge with a separate menu. And other high-profile restaurant concepts are making their debut, including eateries from James Beard Award winners such as Art Smith—whose Homecoming features local ingredients with

“The Disney Springs experience from arrival to departure is considerably more pleasant than what existed a decade ago, and that’s thanks almost entirely to layout changes,” said blogger Tom Bricker on his website disneytouristblog.com. Here are some switches shaking things up.