Jeff Benjamin felt isolated. As a principal in Vetri Family Restaurants in Philadelphia, his partner, chef Marc Vetri often got out from behind the stove to attend culinary events, cook at charity fundraisers, make TV appearances and hobnob with other chefs. Benjamin was left behind to hold down the fort. He craved peer interaction—to exchange ideas, strategize, network and just shoot the breeze. But his peers were usually stuck in the office, too. 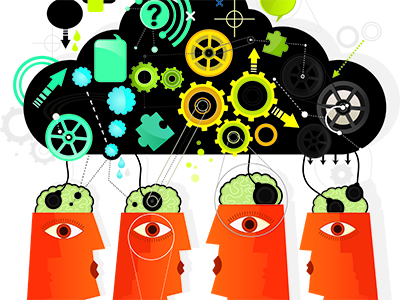 Jefferson Macklin, president and COO of Barbara Lynch Gruppo in Boston, felt the same way. The two discovered their common gripe over dinner at Vetri while Macklin visited Philadelphia for a trade show. Instead of sitting around and complaining, they decided to get out from behind their desks and take action. The two contacted colleagues who were business partners in other leading indy restaurant groups—none of whom were chefs—and together they formed an ongoing peer-to-peer roundtable they’re calling the Independent Restaurateur Forum. The inaugural meeting was held last March.

“The Forum was born out of the fact that FOH people don’t get to know each other but we share similar challenges. So we got the fiscal folks together to spend two days in Chicago,” says Benjamin. The participants came from high-performing restaurant groups with high-profile chefs—John Besh, Stephanie Izard, Tom Colicchio, Barbara Lynch and Paul Kahan. The members are from different cities so competitiveness was not an issue. Attendees included Bobby Stuckey of Frasca Food and Wine in Boulder, Colorado; Ethan and Angela Stowell from Ethan Stowell Restaurants in Seattle; Octavio Mantilla from Besh Restaurants in New Orleans; and Robert Goodman, director of finance from Craft in New York City. Donnie Madia of OneOff Hospitality in Chicago played host, providing meeting space at Blackbird and meals at the Publican and Big Star.

Benjamin and Macklin didn’t want the National Restaurant Association involved because they wanted it to keep it casual and “own it” without “government” interference. “The NRA would make it too formal and would probably charge for the forum. Plus, the association is more chain-focused and has a one-size-fits-all mentality,” believes Benjamin.

The agenda for that first meeting tackled such brick-and-mortar managerial questions as “How do you do payroll?” and “Do you have an in-house or outside marketing and HR team?” as well as broader issues like Obamacare, ownership structure, training, employee benefits and philanthropy. “We opened the books and shared our best practices and strategies,” recalls Macklin. “It was incredibly energizing and encouraging to be all in the same room at the same time wrestling with the same hard business issues. Good ideas flowed freely.”

Two guest speakers were also invited to the meeting to share their expertise—they waived their fee but got a great dinner. Ed Hess, one of Macklin’s former professors in University of Virginia’s MBA program, addressed smart, organic growth. “We all have multiple restaurants and were struggling with why and how to grow our businesses without necessarily adding units,” says Macklin. The second expert, invited by Benjamin, was David Solomon, co-CEO of Lazard. He spoke about what success looks like, how to finance growth and the major benefits of hiring the right people and more importantly, losing the wrong ones.

Until the next meeting—which Octavio Mantilla has offered to host in New Orleans—the group is exchanging ideas via email and phone calls. “We now have an ongoing network from which to solicit thoughts and perspective,” he adds.

Benjamin and Macklin shared some takeaways: