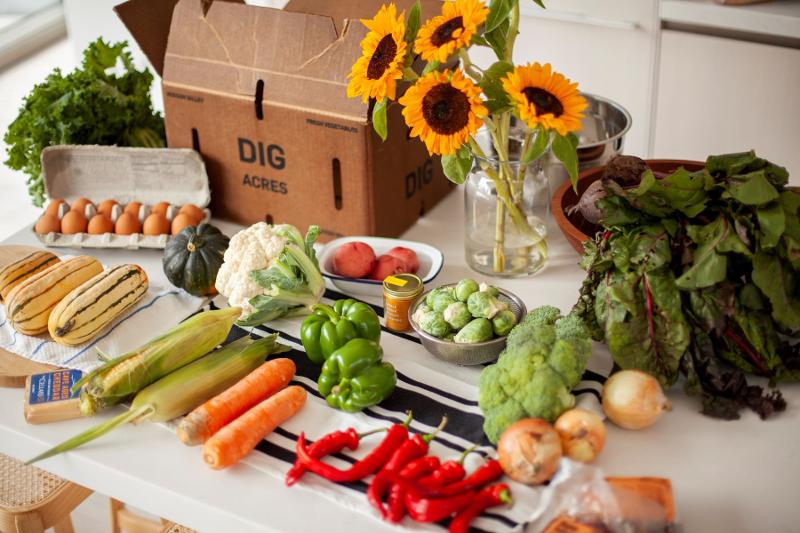 Dig, the buzzy farm-to-table fast casual that nabbed $15 million in funding in 2019, currently has fewer than half of its total locations open, laid off more than 40% of its workforce and has hired an investment bank to raise money to “get through COVID and get back to growing the business,” its founder and CEO said.

A report this week from news and data firm Debtwire said Dig was seeking $15 million in “rescue financing.”

Adam Eskin, Dig’s founder and CEO, confirmed late Wednesday the brand hired Piper Sandler in December to “run a process that contemplates enough capital to get through COVID.” Eskin declined to say how much money the chain is looking to raise.

Eskin said a funding deal hasn’t been finalized but that “we expect it to transpire and close over the next two months.”

Dig has plans in place to gradually reopen shuttered restaurants, he said, with four more scheduled to open by the end of March and seven additional units slated to come back online during the second quarter.

Restaurants remain open in all of the chain’s previous markets, including New York City, Boston and Philadelphia. Eskin said it has not yet been decided whether the concept will permanently close any of its locations.

“It’s been a challenging year since last March, no two ways about it,” Eskin said. “In two weeks’ time, we witnessed revenues drop 90% as cities emptied out. We’re focused on taking the required steps to see this business get through the crisis prepared to get back to growth on the other side.”

Eskin said sales have “increased multiple fold” since the low point in March but declined to provide specific figures.

Fresh off a $15 million investment from the Danny Meyer-backed Enlighted Hospitality Investments equity fund, as well as an additional $5 million boost, then 24-unit Dig entered 2020 ready to grow. The chain planned to use the investment to expand its nascent delivery platform, called Room Service.

“We were very much positioned for very meaningful growth in 2020,” Eskin said. “We planned for two new markets. We had a large development pipeline. When all of your revenue goes away, it has a pretty meaningful impact.”

Dig Inn launched in 2011, as a rebranding of Pump Energy Food, a small chain that catered to body builders. By 2016, it had garnered more than $50 million during several funding rounds. It appeared on multiple “growth chains to watch” lists in industry publications.

Pre-pandemic, Dig was seeing double-digit growth, with sales climbing more than 38% from 2018 to 2019, according to data from Restaurant Business sister brand, Technomic.

Eskin said any money raised by the brand right now will be used for “turning the fleet back on.”

One of Dig’s locations, he said, has been turned into a training center, to prepare workers for restaurant re-openings over the next 10 to 11 months. Some dormant locations need upgrades, others require deep cleanings, equipment checks and more.

“There’s a working cost in turning the business back on,” he said.