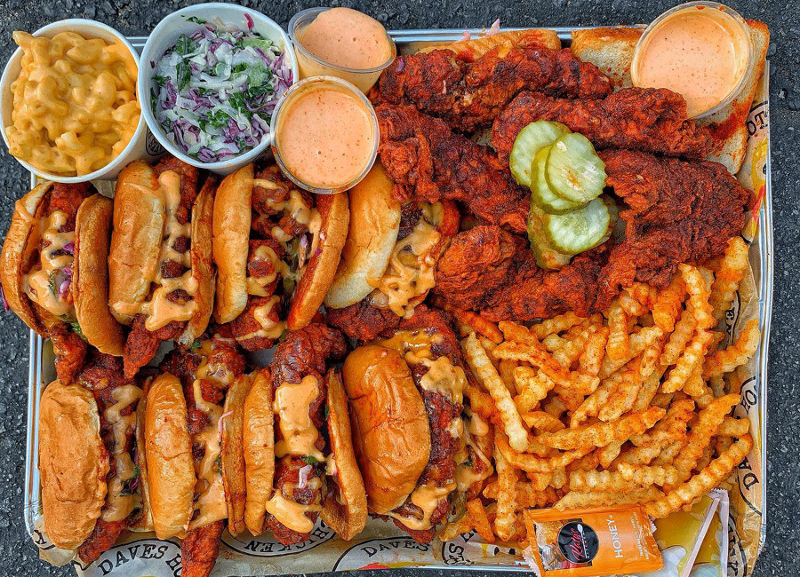 Bill Phelps is no newbie to the restaurant industry.

But Phelps, once CEO of Wetzel’s Pretzels and a cofounder of Blaze Pizza, said he’s never seen anything like what’s happening with his latest concept: Dave’s Hot Chicken.

“We couldn’t believe how we could sell franchises during the pandemic,” Phelps said. “It shocked us … People are signing on to be franchisees without even seeing a restaurant.”

Phelps has been CEO of the eight-unit spicy chicken tender and slider chain since 2019, after leaving his post at 350-unit Wetzel’s earlier that year.

Phelps said Dave’s is on track to open 40 restaurants this year. Of those, 24 have signed leases in place and the rest have letters of intent, he said. The chain has sold the rights to develop 280 locations.

But Phelps realizes that simply adding units can be a recipe for disaster.

“It’s something you have to be very careful of,” he said. “But we did this before at Blaze Pizza. They opened up 350 locations in about a five-year period. I have brought on a number of people from Blaze.”

Phelps is no longer connected with Blaze, though he still serves on the board of Wetzel’s.

“So, we have not only the people but the playbook on how you do this right,” he said. “We’re very careful.”

Prospective franchisees also need to be a good “cultural fit” with the company, he said.

The concept has sold out its locations in California, and is currently expanding to Oregon, Las Vegas, Texas, Denver and suburban Chicago. Dave’s Hot Chicken opened a unit in Toronto several weeks ago.

Currently, the chain doesn’t have any drive-thrus, but about a dozen of the new stores opening this year will include them.

All of the brand’s new stores this year will be takeovers of second-generation restaurant buildings, Phelps said.

“It’s been a crazy ride,” Phelps said, adding that the chain quickly added online ordering and ramped up its third-party delivery service.

“It’s amazing how companies can pivot and people can adapt very quickly,” he said. “I’d never done a Zoom meeting in my life before March. Now, I’m on Zoom meetings three or four times a day, presenting to franchisees.”