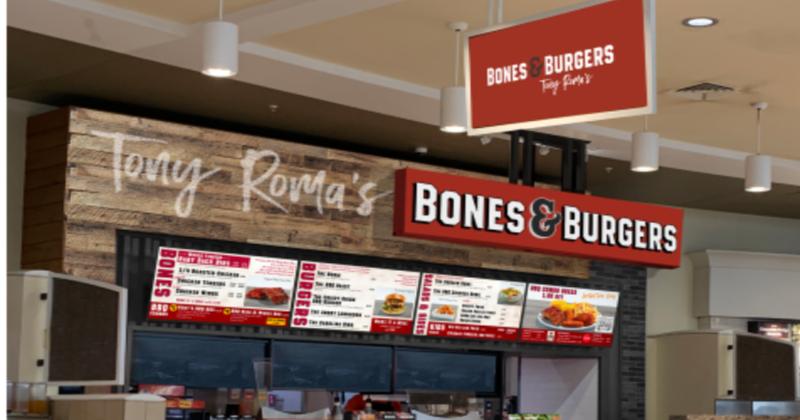 The first Bones & Burgers unit in a food court is about 800-square-feet. /Rendering courtesy of Romacorp Inc.

Hoping to spark a new era of growth, the parent of the 50-year-old Tony Roma’s barbecue brand is preparing to launch a new fast-casual concept with a streamlined menu of baby back ribs and burgers.

In addition, Orlando, Fla.-based Romacorp Inc. has unveiled a new smaller prototype design for the brand’s full-service restaurants, with the first smaller locations scheduled to open next year in Montana and Tennessee. The new design is less than half the footprint of traditional units.

Both moves are designed to reduce costs for franchise operators and open up opportunities in smaller spaces at airports or college campuses, said Ramon Bourgeois, Romacorp’s CEO.

The 50-year-old chain plans to add about 200 restaurants over the next decade, including a few company-operated units as the new Bones & Burgers gets started, Bourgeois said. Currently, Tony Roma’s franchises 94 locations around the world, including eight in the U.S.

The fast-casual Bones & Burgers concept has been two years in the making, which Bourgeois called “a labor of love.” The first is scheduled to open around Dec. 19 in a Tampa, Fla., food court.

On the menu at Bones & Burgers: Tony Roma’s signature baby back ribs, which are a unique offering in the fast-casual segment, said Bourgeois.

The ribs will be slow-cooked ahead and chilled. When they’re ordered, the ribs are glazed with sauce and run through a proprietary conveyor grill that makes them hot and ready in about two and a half minutes, Bourgeois said.

Bones & Burgers will also offer a line of burgers and sandwiches, including never-frozen beef burgers cooked to order, a plant-based burger in partnership with Future Food Group (to be cooked on a separate grill for vegans) and a barbecue chicken sandwich. The average check will be about $18 for a burger, fries and soda, which Bourgeois said is somewhere between BurgerFi and Five Guys.

“We are thrilled to finally see it come to life,” said Bourgeois, noting that the first 10 or so will be company-operated before they start franchising the brand. “We think it will help us get into environments where Tony Roma’s can’t go.”

A key factor is the lower investment costs required for the fast-casual brand, he said. A Bones & Burgers is expected to cost between $350,000 to $500,000 to open, compared with $1.3 million to $1.5 million for the traditional full-service restaurants, which also require alcohol permits.

A Bones & Burgers can be operated with no more than 10 employees, where the traditional Tony Roma’s takes between 60 to 70 staffers—though the company has developed a new prototype for the full-service restaurants designed to make them more efficient.

The new full-service prototype will take shape in 2023 at two units that will be about 3,000-square-feet, which the company said cuts the cost to build by about 30%. 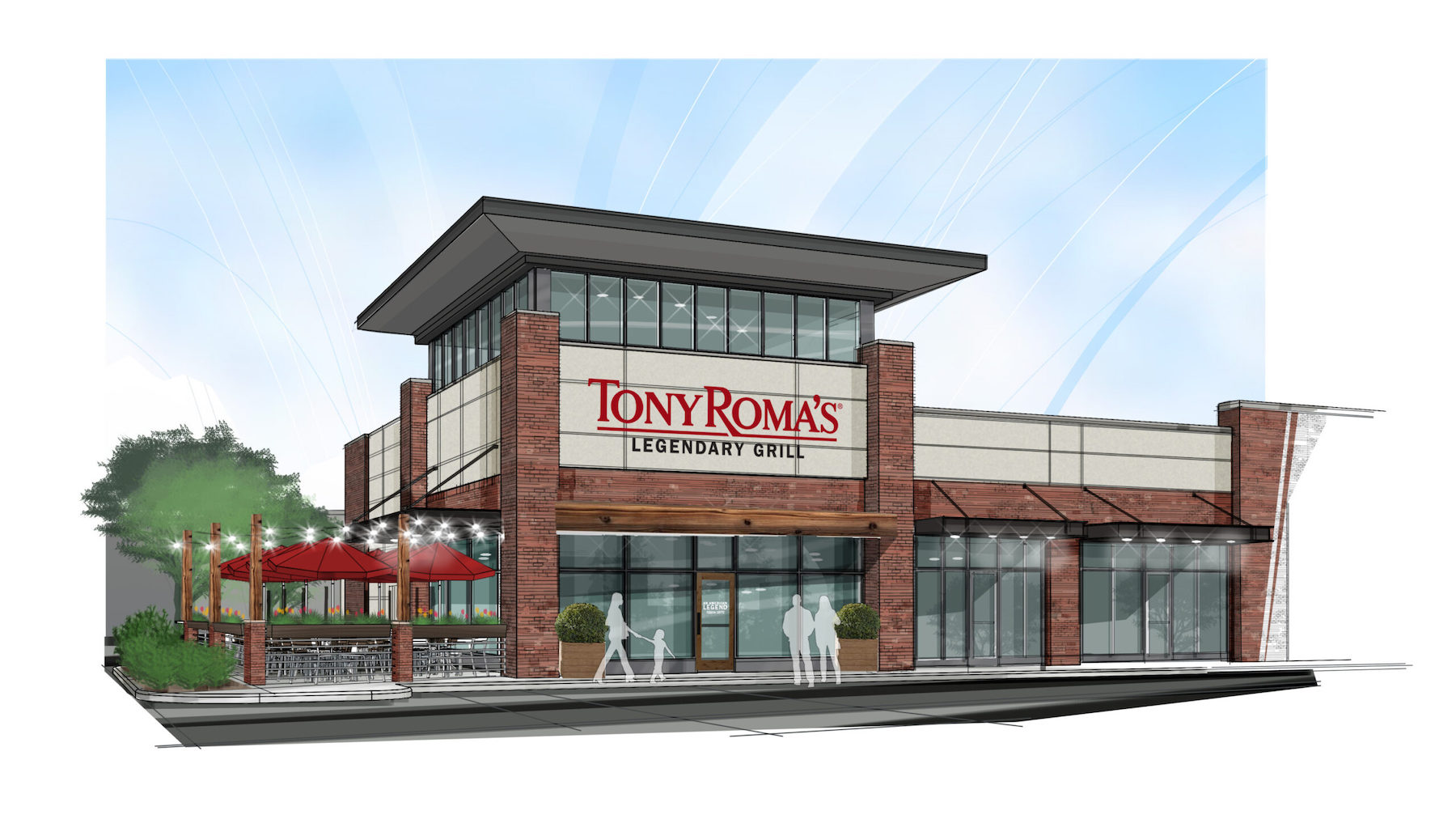 The smaller Tony Roma's design is around 3,000-square-feet./Rendering courtesy of Romacorp Inc.

The smaller size will require less in labor and Bourgeois said the company is looking to enhance use of technology to reduce training time and simplify processes.