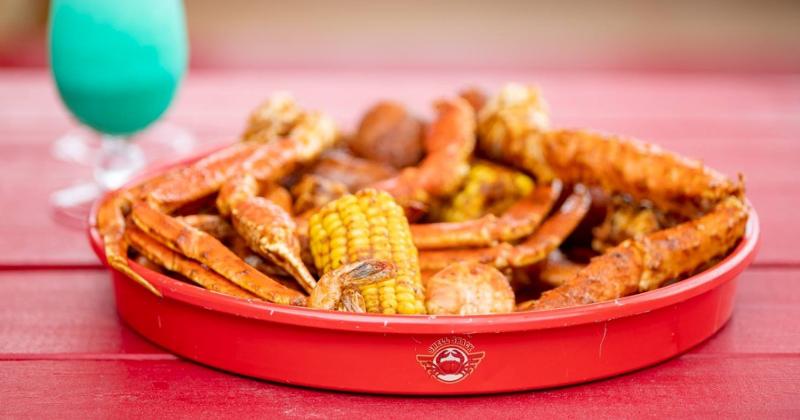 A casual-dining concept focused on seafood boils is poised for growth under a new private-equity parent.

Dallas-based Shell Shack was founded in 2013 and now has six units in Texas. It prides itself on the quality of its seafood and the secret sauce that flavors many of its dishes. On Tuesday, it was acquired by TriSpan Partners for an undisclosed sum, part of the investor’s Rising Stars program for upstart restaurants.

Shell Shack all started with that sauce. After an uninspiring visit to a crab concept in 2010, founders Dallas Hale and Matt Saba thought they could do better. They began by concocting and perfecting the so-called Kitchen Sink sauce at a sports bar they owned.

“My belief is anybody can boil some crab, but it’s the sauce that makes it,” Hale said of the decision to start there. He declined to reveal much else about the signature condiment, saying only that one would have to visit a Shell Shack to find out what it tastes like.

After nailing down the sauce, Hale and Saba then developed a menu of crab, crawfish, shrimp and other seafood, with an emphasis on sourcing the highest-quality product. In 2013, they opened the first Shell Shack, in a 1,800-square-foot space on McKinney Avenue in Dallas. It did $5.5 million a year, leading to five more Texas locations and a franchise-operated store in Florida.

Shell Shack emerged from the initial success debt-free, and “it was brought to our attention we may want to consider bringing in a PE firm to help us grow it from here,” Hale said. That is where TriSpan came in. Under its new owner, Shell Shack plans to start opening five new restaurants a year starting in 2023, with an initial focus on Austin, Houston and Atlanta.

Its current stores range in size from 3,100 to 6,500 square feet, with patios and large bars. They’re open from 11 a.m. to 2 a.m. and do a brisk service industry and late-night business. Average unit volumes are $5.3 million, Hale said.

The interiors are unique, with chalkboard walls and hospital-grade hand-washing machines for guests who have gone elbow-deep into one of its boils. The communal meal can be served in a tray or dumped directly onto the butcher paper-covered tables in the traditional fashion. (Hale said many guests prefer to eat directly from the bag, where the food stays hot and marinates longer.) Customers are outfitted with bibs and the crackers and splitters needed to consume the shellfish.

It can be a down-and-dirty dining experience, but the food itself is of the same quality one might expect from a white-tablecloth place, Hale said. It is one of very few restaurants in Texas to serve the coveted bairdi crab.

“It is just the know all, be all of crab,” Hale said. During a visit to a restaurant by “Wild” Bill Wichrowski from the show “Deadliest Catch,” the crab fisherman initially did not believe Shell Shack served the sought-after crab variety, Hale recalled. Wichrowski later said to Hale that “Any real crabber will tell you that bairdi is the absolute best crab out there.”

In addition to seafood, Shell Shack serves burgers, chicken and salad and also has a lengthy dessert menu.

And though the concept was created around the on-premise experience, Shell Shack has proven popular for takeout since the pandemic, when its to-go business increased by 500%. It invested in a new phone system that puts its callers in a queue and also takes online orders.

“To-go now has slowed down some, but it’s still much higher than pre-COVID,” Hale said.