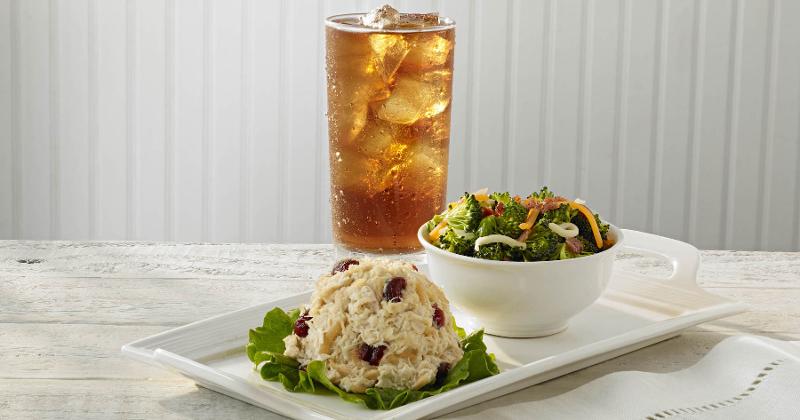 For an industry perennially obsessed with what’s new and hot and high-tech, it may be hard to grasp the sustained success of a fast-casual chain whose menu focuses on a humble dish favored by moms everywhere for Fourth of July picnics.

But Chicken Salad Chick, with about a dozen sweet-to-savory varieties of chicken salad on its menu and a relatively new private-equity owner, keeps growing.

Earlier this month, the Auburn, Ala.-based fast casual announced its 16th-straight quarter of same-store sales growth, with a 4.4% increase in comps in 2019.

“We don’t get a ton of press because we don’t have the sexy product,” Scott Deviney, the chain’s CEO, told Restaurant Business. “We are very unique. We’re a player of one in this category right now. We’re the only company doing freshly made chicken salad. Chicken salad is very old, it’s been around a long time. It’s not very easy to make. It’s very time-intensive. And everybody likes it a little differently.”

But the company’s growth remains steady, with 144 units at the end of 2019 and another six locations so far this year. The brand plans to open about 50 restaurants this year, Deviney said. About 70% of the units are run by franchisees.

That would be Chicken Salad Chick’s largest growth spurt after opening 40 units last year and 24 the year before that.

The chain has stores in 16 states, largely in the South, with plans to move up to Indiana this year.

“We’re into concentric circle growth,” he said. “By taking it state by state, you really start to build brand awareness and excitement before you open in the next state. … You could grow faster by jumping states.”

In recent years, the chain has streamlined its process of making chicken salad, adding enhanced chicken steamers to cook its jumbo tenders and industrial shredders to produce a high volume quickly.

The chain’s average unit volume over the past five years has climbed about 40%, Deviney said, with 2019 AUVs at $1.17 million.

“We needed a way to efficiently prepare several hundred pounds of chicken salad a day in our kitchens without going to any commissary,” he said. “That’s just now who we are.”

New store openings became such high-volume days, he said, that the company needed to find a way to keep up.

The company heavily promotes its grand openings via social media, giving away free chicken salad for a year to the first 100 customers.

With a growing number of chains adding plant-based options, what are Chicken Salad Chick’s plans?

“It’s great fad stuff,” Deviney said. “We’re going to stick to what works for us right now, which is chicken salad made from scratch.”

Pimento cheese, egg salad, soups and salads are also on the menu, for guests looking for something other than chicken salad.

Chicken Salad Chick is also bucking trends a bit by not diving into third-party delivery. A few stores are currently testing it, Deviney said, though it makes him nervous.

“You lose control,” he said. “At the end of the day, your guests still view that as you.”