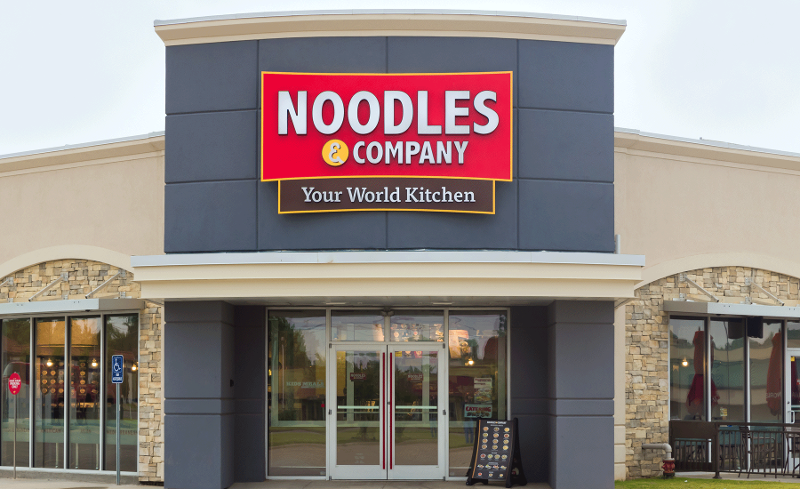 After reporting a same-store sales decline of more than 30% this summer, Noodles & Co. appears to be seeing a rebound.

The Broomfield, Colo.-based fast casual has returned to positive same-store sales at company-owned stores in the last five weeks, though comps for the chain’s full third quarter remained down 3.8%, according to preliminary financial results released Thursday.

The quarter’s same-store sales drop reflects a 3.6% decrease at company-owned restaurants and a 5% decline at franchised units.

Digital sales during the five-week period that ended Tuesday increased 146% year over year.

“Our return to positive comparable sales, aided by impressive digital growth, is evidence of our strong brand positioning to meet the needs of today’s consumer,” Noodles CEO Dave Boennighausen said in a statement. “We also took steps during the third quarter to further strengthen our balance sheet and have set our business up for accelerated new unit growth.”

Noodles paid down some of its debt during Q3 and it currently has $7.6 million of cash on hand and $54.3 million available for borrowing under its revolving credit facility.

Since the beginning of the pandemic, Noodles has been battered by the closure of its dining rooms. As of Wednesday, 90% of the chain’s restaurants had reopened for dine-in service.

“I am particularly proud of our sales performance in this environment given that only in the past few days many of our restaurants re-opened for in-restaurant dining to complement our off-premise and patio dining efforts,” Boennighausen said.