CapitalSpring made a big bet on Detroit-style pizza when it made a “major investment” in 12-unit Buddy’s Pizza late last year, believing that the thick-crust, square pizza will work outside of its home market.

But the private-equity firm has a lot of work to do first.

“It’s a fantastic brand,” said Erik Herrmann, managing director and head of the restaurant investment group with CapitalSpring. “It’s been around for 70 years or so and has been loved by the customer base within the greater Detroit area.” 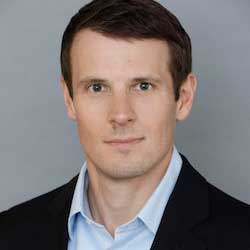 “But given that it was a closely held, family-owned restaurant for a couple of generations, it didn’t have massive growth aspirations,” he added. “There’s a need for a lot more infrastructure investment to build a scalable foundation.”

Buddy’s was originally a neighborhood tavern in Detroit in the 1930s. It introduced a square pizza in 1946 and has been around ever since.

CapitalSpring closed on its investment on Dec. 31 and quickly installed Jim Balis, managing director and head of the firm’s strategic operations group, to be the chain’s CEO. Buddy’s plans to hire a permanent CEO, probably sometime early next year. 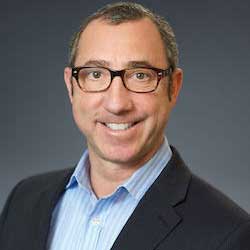 In the meantime, the company has been working to get its business in place to set it up for future growth. It has added back-of-house technology and a new point-of-sale system and has rolled out delivery.

The company has also worked to build a “cohesive” culture.

“We’ve been careful to try to build the culture within the organization,” Balis said. Doing so, he said, could help improve product consistency and establish a chain-wide identity.

While the changes have been numerous, Balis said the initiatives have been implemented slowly so there hasn’t been a point where managers were so overwhelmed they couldn’t take care of customers.

Buddy’s has also started bolstering its management team, bringing in a new CFO, human resources director, culinary director and a new vice president of operations to oversee the restaurants. And it has started working on special projects, such as a food truck and a line of products to sell at grocery stores.

“We’ve been calculated and methodical,” Balis said. “We’re not a private-equity company that wants to just expand for the sake of expansion. We want to make sure we have the right infrastructure in place. We’ve identified a strategic plan and markets where there was a void.”

The company has three sites under construction and is negotiating for six more sites. It also opened a nontraditional location in the Detroit Zoo, giving it a 13th location.

But Buddy’s also has some questions it needs to answer for the long term, and one of them is a big deal: What will the service model be in the future?

Of the initial 12 locations, nine are full-service restaurants and three are limited service. Each has its “own specific set of opportunities,” Balis said.

The plan for the moment is to use a “hub and spoke model” in which the company expands with full-service locations but fills in a market with limited-service units. “There’s different demands for each, and they’re stronger in different dayparts,” Balis said. “Our plan is to identify good locations for both models going forward.”

The company also hopes to franchise in the future. That could help the chain grow faster and take advantage of the “white hot” market for Detroit pizza.

“When we came into the investment, our plan was entirely focused on corporate locations,” Herrmann said. “What surprised us over the last year was how white hot the Detroit style pizza segment is within the broader pizza landscape.

“Secondarily, the reality of our deliberate growth approach is, if we expand aggressively, we can open four, maybe five stores but still be largely focused on the Midwest.”

By franchising, however, the chain can grow faster and capture that demand for Detroit pizza.