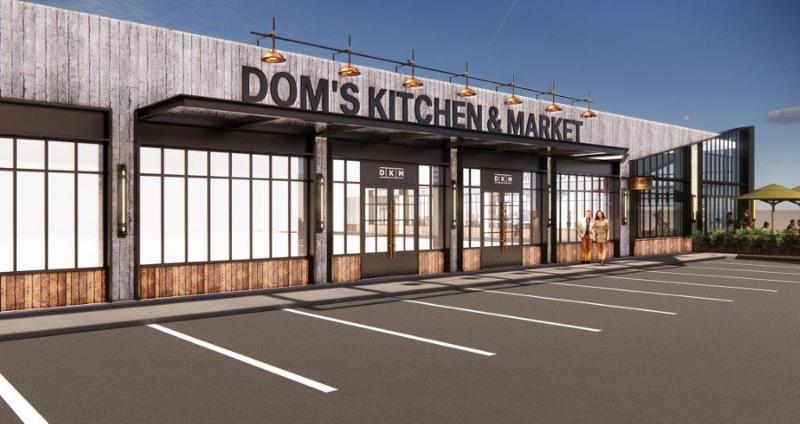 The venture capital firm started by McDonald’s former CEO has increased its investment in a “food emporium” that has yet to open its first location.

Dom’s Kitchen & Market, which is part market and part kitchen, said on Wednesday that it has raised another $15 million in growth capital—bringing the total amount to $25 million. Dom’s expects to open its first location in Chicago in June.

Among Dom’s investors is Cleveland Avenue, the venture firm started by former McDonald’s CEO Don Thompson and his wife Liz. Cleveland Avenue was an initial investor in Dom’s and participated in the latest round along with other existing ventures Valor Siren Ventures and Molto Capital. They were joined by new investors Wasson Enterprises and Beliade.

Dom’s calls itself a “food emporium” and appears to be a prepared food maker with a selection of wines and pantry items available at retail. The concept will feature “an expansive breakfast, lunch and dinner menu” to go along with the market pantry. Customers can dine in or take their food to go.

The investments made in the company will help Dom’s accelerate future store openings and develop its e-commerce platform for mobile ordering, loyalty programs and curbside pickup.

Dom’s is led by Bob Mariano, who founded Mariano’s retail concept after serving as the CEO of Roundy’s and Dominick’s, along with Jay Owen of the Dom Capital Group and a grandson of Dominick’s founder Dominick DiMatteo, and Don Fitzgerald, former senior executive with Dominick’s, Roundy’s and Mariano’s.