GameWorks, a seven-unit chain of entertainment and restaurant complexes, on Wednesday said it has both a new owner and a new CEO in Philip Kaplan as it once again makes a run at competing in the food and games space.

ExWorks Capital, one of the chain’s lenders, has “assumed full ownership” of the Los Angeles-based chain. 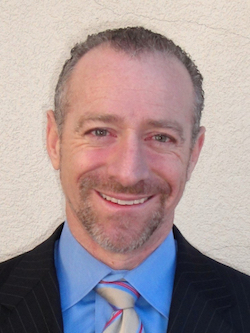 ExWorks has been a lender since last year and recently restructured that investment to give it full control of the company.

In the process, GameWorks named Kaplan the chain’s chairman and CEO. Kaplan has experience at “both private and public companies” and “a proven track record in leading strategic operations and helping companies scale to achieve rapid growth.”

Most recently, Kaplan was the managing partner of the family-owned real estate company April Mountain Properties. He has worked with the healthcare IT company Quality Systems and other technology companies in the past.

“With Phil at the helm, we see an enormous opportunity to capitalize on this explosive market acceptance of entertainment concepts by growing the GameWorks brand and footprint,” Randall Abrahams, ExWorks executive chairman, said in a statement.

Kaplan and ExWorks will take over a chain that has had numerous owners, all hoping to make the concept a bigger competitor to chains such as Dave & Buster’s.

But at one point the company had at least 15 locations and has had major backers including gamemaker Sega, movie production companies such as DreamWorks and Universal Studios and creative input from none other than Steven Spielberg.

The company was founded in 1997 as a joint venture between Sega and DreamWorks. Spielberg was involved in the creation of the chain.

DreamWorks sold its portion of the business in 2001, and the concept filed for bankruptcy in 2004, when Sega Entertainment acquired full control of the chain in the hopes of relaunching it as an adult Chuck E. Cheese’s.

But it filed for bankruptcy again in 2010, closed a number of locations and was sold to a group of investors the next year.

GameWorks attracts 80,000 people annually who either participate in or watch tournaments from one of its eSports Lounges.

After years of weakness, the concept has been relatively steady of late. System sales were flat in 2017 at $14.5 million, according to Technomic. Average unit volumes are just over $2 million.

Kaplan, for his part, doesn’t view the company as “competing with Dave & Buster’s” even though their offerings are similar.

But he said that the company has an attractive customer base of people who range from their teens to their late 20s. “It’s a very attractive demographic,” he said.

Kaplan sees esports as a way to continue its inroads into that group. The company plans to add its esports lounges at all of its locations.

The lounges enable customers to either practice for their own participation in video game tournaments or watch others play. “The new generation views gaming as a social activity,” Kaplan said. If you go to Gameworks, you’ll see a 60-40 split between people that play and people that want to watch other good players play.”

The company also plans to bolster its restaurant offerings, though details weren’t quite available. “We want to make sure the restaurant meets current needs,” Kaplan said, noting that the company is planning a “pub-type offering.”

He also says the company plans to ensure that its arcades and gaming areas are updated. And the company is looking to add locations.

I’ve been at companies growing 75% a year on the top line for 5-6 consecutive years,” Kaplan said. “Coming in here and not growing the footprint, that’s a foreign language to me.”

UPDATE: This story has been updated to include quotes from Philip Kaplan.