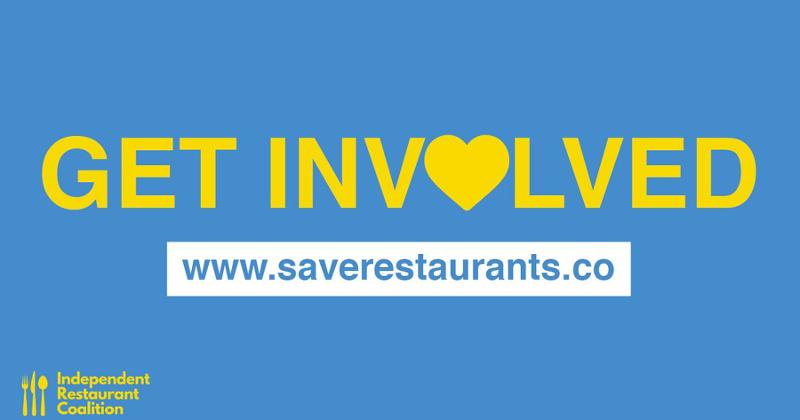 The Independent Restaurant Coaliton (IRC) unveiled a new relief plan on Thursday dedicated to aiding struggling restaurateurs. The RESTAURANTS Act of 2020 (Real Economic Support that Acknowledges Unique Restaurant Assistance Needed to Survive) was introduced by Rep. Earl Blumenauer (D-OR) and Sen. Roger Wicker (R-MS) and will be presented to Congress when the session resumes in July.

“The legislation has strong bipartisan support,” said Blumenauer during a national briefing call spearheaded by the IRC. “The support goes all the way to the White House,” added Wicker, “and there’s a strong likelihood the legislation will be part of Phase 4 coronavirus recovery.”

Unlike the PPP program, which was open to all small businesses, this is dedicated to protect the 11 million people working directly for restaurants. This revitalization fund would also provide financial assistance to the 5 million farmers, fishermen, bakers and other small producers that supply independent restaurants, Wicker said.

Additionally, the relief package has the potential of injecting $271 billion into the economy and reducing national unemployment by 2.4%, according to a report released by Compass Lexecon last week.

“The PPP [which expires June 30] was a lifesaver at the time, but it was a six-month solution to an 18-month problem,” said Robert St. John, an IRC advisory committee member who owns eight restaurants in Hattiesburg, Miss. He had to permanently close one of his concepts, the Purple Parrot, which had been operating since 1987. “The business model just can’t work any longer at 50% capacity,” St. John said. He is reconcepting the restaurant by adding more outdoor seating.

The National Restaurant Association voiced its support for the RESTAURANTS Act in a statement released on Thursday. “The introduction of this bill provides hope of survival for small business restaurant owners from the smallest towns to the broadest urban streets,” said executive vice president of public affairs Sean Kennedy. “We are pleased that the bill reflects much of our proposal sent to Congress on March 18, just days after state governments started to shut the industry down.”

The IRC urged independent restaurateurs to contact the senators and representatives in their home states to rally support for passage of the relief package.