This podcast is brought to you by the 2021 National Restaurant Association Show: 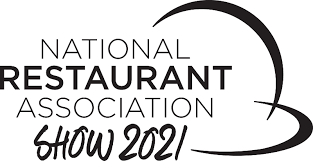 It was a long way from when cofounder and CEO Zach McLeroy had to sell his drum set to pay for his portion of the $16,000 investment to get the company off the ground 30 years ago in Statesboro, Ga.

“I sold my drums,” McLeroy said on this week’s episode of the Restaurant Business podcast “A Deeper Dive. “I like to say that I exchanged one drumstick for the other.”

His business partner, Tony Townley, matched the $8,000 McLeroy got for his drums and they opened their first restaurant in 1990. “We were immediately profitable,” McLeroy said, noting that, “If we had gone into business, with the investment costs today, it would have never happened.”

Instead, the partners “bootstrapped” their way to success, using cash flow from restaurants to fund new restaurants while using community banks and franchising to people they knew.

And that’s largely how they operated in the decades since. Though the Zaxby’s operation has certainly grown more sophisticated, it’s largely been operated by McLeroy and Townley.

That will change dramatically with the investment from Goldman. Townley is exiting the business. He will be replaced by representatives of the private equity arm of one of the most sophisticated financial firms in the world. The company will now have a board that McLeroy will answer to.

“It’s going to be a lot different,” McLeroy said. “We’ve always operated very informally. Now there will be a lot more formality. For the first time we’ll have a very official board and the board is counting on me. It will change the way we operate our organization and create a lot of accountability for our organization.”

But McLeroy said the company is at an “inflection point” in its history. Townley had been looking to do something different—Zaxby’s had been talking about this for five years but decided now was the right time to take on an investor.

At the same time, the business itself is ready for the next step. Zaxby’s operates just more than 900 locations in 17 states, mostly in the Southeast. That makes it a “superregional” brand.

The company clearly has designs to go national. “We are the predominant player in the space,” McLeroy said. “No one has our scale.”

To be sure, the market is a lot more competitive. Fast-growing chains like Raising Cane’s as well as the chicken sandwich chain Chick-fil-A are thriving along with Zaxby’s. But Popeyes recently added its chicken sandwich and several additional competitors either added their own or are preparing them. And then add to that a flurry of virtual chicken brands, many of which sell chicken sandwiches and fingers.

“Competition is good,” McLeroy said. “It brings more awareness to the industry and to that product in particular, so we like the competition.”

At the same time, McLeroy said, the pandemic has proven Zaxby’s business model. The coronavirus has shifted all of the company’s customers to the drive-thru. “It showed the brand can sustain itself on just having drive-thrus, which is something we really questioned,” McLeroy said. “We’re having a banner year because of it.”

As a result, McLeroy said, the company realized it had the opportunity to take the brand nationwide. And given the dearth of investment opportunities in the restaurant space now, Zaxby’s decided to run a process. It ultimately settled on Goldman, realizing the firm was a good fit for the brand.

The challenge for Zaxby’s now is to adjust to the new owners and the new method of operation—McLeroy will have a boss for the first time now with the presence of the board.

One thing that won’t be a challenge, however, is the drums. Suffice it to say, Zaxby’s success afforded him the ability to buy new drums. More than once. “I still love music,” he said.

And he has no regrets selling the first one. “It was the best investment I ever made,” McLeroy said.