Mike Isabella, who earlier this year had 20 new restaurant deals in the works and was once one of the most promising names in the business, is closing almost all of his operations and shutting down his company, effective Dec. 27.

Isabella, who over the last year has been accused of multiple instances of harassment at his operations, becomes the first notable chef to see his entire empire topple in the wake of the recent rebirth of the #MeToo movement. 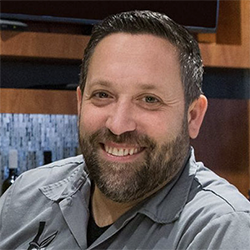 Isabella repeatedly blames negative press coverage for his company’s demise in the filing in U.S. Bankruptcy Court for the Maryland District.

“Under the present circumstances, Mike Isabella no longer believes that any restaurant associated with his name can recover from the negative press that has enveloped Mike Isabella and his businesses for nearly the entirety of 2018,” the filing states. “There is no evidence to suggest that the press will cease its constant articles besmirching his reputation and businesses.”

November’s revenues were lower than predicted, according to the filing, and the company no longer has the funds to meet its expenses at its eight remaining restaurants.

Mike Isabella Concepts did not respond to a Restaurant Business request for further comment.

The bankruptcy petition was filed on behalf of Mike Isabella Concepts and its restaurants that have already closed, including Kapnos Taverna in College Park, Md., Requin Brasserie and Isabella Eatery, a 40,000-square-foot food hall in McLean, Va., which shuttered in August, just nine months after opening. Also included in the filing are still-open operations Kapnos, Arroz, Pepita, Yona, G and Kapnos Taverna in Arlington, Va.

Neither of the bankruptcy filings mentions Kapnos Kouzina in Bethesda, Md., or Requin at the Wharf, which remain in business.

Mike Isabella Concepts will remain open through Christmas to make the most of any incoming holiday revenue, according to the filing.

“The Debtors believe that continuing to operate through December 27th will enable the operating Debtors to at least pay their employees in full on account of post-petition services rendered, in addition to satisfying post-petition tax claims,” the filing said.

Isabella’s company once operated more than a dozen restaurants and had some 400 employees. He settled a harassment lawsuit last spring brought by Chloe Caras, one of his managers. Media reports have detailed how, as part of Isabella’s corporate culture, nondisclosure agreements were used to keep quiet accounts of sexual harassment.

The Chapter 7 filing outlines the bleak state of Isabella’s once-promising concepts. Kapnos Taverna in College Park, for example, was budgeted to bring in $49,168 in receipts the first week of November. It made $25,493, little more than half that.

Prior to his downfall, Isabella, a former “Top Chef” star, had multiple stadium and arena deals, as well as negotiations pending for concepts in Las Vegas and the Middle East.