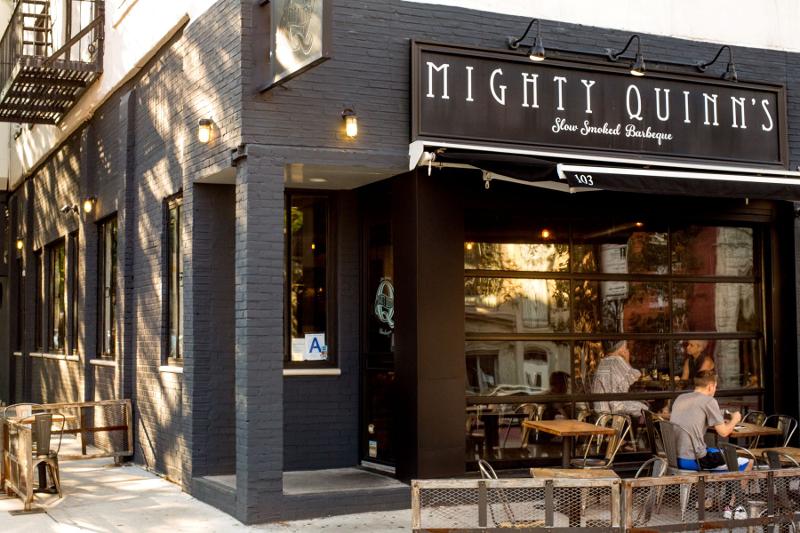 The New York City-based fast casual, like virtually every restaurant company, raised its prices last year as it watched its costs skyrocket.

“We saw tremendous price inflation in the protein markets through the first quarter,” CEO Micha Magid said. “For a lot of meat products, we’ve seen that subside and, in some cases, reverse.”

So Mighty Quinn’s dropped the price on its two most-popular menu items, both meat samplers with sides, by about 9% each a few weeks ago.

The two-meat sampler with brisket, for example, was close to $20 and now it’s about $18, Magid said.

“Sometimes during these high inflationary environments, companies use it as a cover to raise prices because everyone else is doing it,” he said. “That can’t go on forever. We wanted to take a stand that we’re not going to participate in this part of the cycle.”

The chain doesn’t raise prices across the board and instead has taken an item-by-item assessment, Magid said. This price drop removed about half of the price increase the chain had taken on the meat sampler, he said.

It’s too early to tell the impact of the small decrease, Magid said he’s seen an uptick in Mighty Quinn’s traffic since the change.

The chain also launched a new menu item, empanadas stuffed with brisket or pork and beans. They come two to an order for $10.

“We’re thinking of ways to offer more of a value price on the menu without compromising quality,” he said.

Other chains are looking at how to emphasize their value propositions as consumers get squeezed on all sides by higher prices, leading them to limit how often they dine out.

Last month, Wingstop executives told investors that the wing chain was finally beginning to see “meaningful deflation” in previously soaring wing prices. The brand did not say it would lower menu prices but did say it would play up its position as a value offering.

“Where other brands are navigating inflation and margin pressure are likely going to be taking price and we are experiencing meaningful deflation, we do have the opportunity to lean into that and give some of that back to consumers in the form of value,” Wingstop CEO and President Michael Skipworth told investors.

“We get it. With rising inflation driving increases in the costs of gas and everyday items, we wanted to provide our customers with low-cost, high-quality meal options,” Johnathan Muhtar, Red Robin’s EVP and chief concept officer, said in a statement.

Mighty Quinn’s is watching how things play out before deciding whether to lower prices further, Magid said.

“There’s so much volatility right now,” he said.