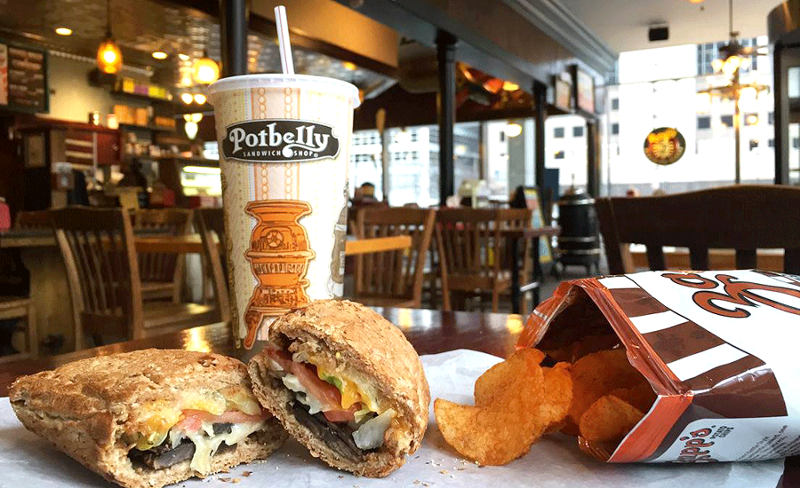 In April, Potbelly joined a number of chains in returning multi-million dollar loans from the Paycheck Protection Program amid public outcry that there wasn’t enough money left for small businesses.

Several months later, however, the fast-casual sandwich brand is pulling an about-face, taking on a $10 million PPP loan, according to documents filed with the Securities and Exchange Commission last week.

The loan from Harvest Small Business Finance will “protect our employees’ jobs and support their families that rely on Potbelly for their livelihoods,” the company said in a statement sent to Restaurant Business.

“While we qualified for a loan in the first round of the Payroll Protection Program, we returned it when it looked like many other companies would be left without help,” the company said. “In the next round, the program was about to close with billions of dollars in available funds still remaining.”

In returning the loan money in April, Potbelly said it was “surprised and disappointed when the fund was quickly exhausted, leaving many without help.”

Ruth’s Chris, Shake Shack, Kura Sushi and Sweetgreen were among the restaurant chains that returned their PPP loans last spring.

With many of its office-worker customers now working from home, Chicago-based Potbelly has struggled to gain traction during the pandemic. It issued a going concern warning in May and said it might be forced to shutter up to 100 stores.

The chain named former Wendy’s exec Robert Wright as its new CEO last month and said earlier this month that it has resolved its going concern issues and that the number of planned permanent closures has been cut in half.

As of early August, Potbelly had closed 16 restaurants permanently and renegotiated 187 leases for its 424 company-owned units and 44 franchised shops. Its Q2 same-store sales remained down 41.5%.

“Potbelly continues to be significantly impacted by the pandemic,” the company said. “While we’ve stabilized our business over the last few months, we’re still well below pre-COVID sales. In addition, the virus continues to create an uncertain environment in many areas of the country.”