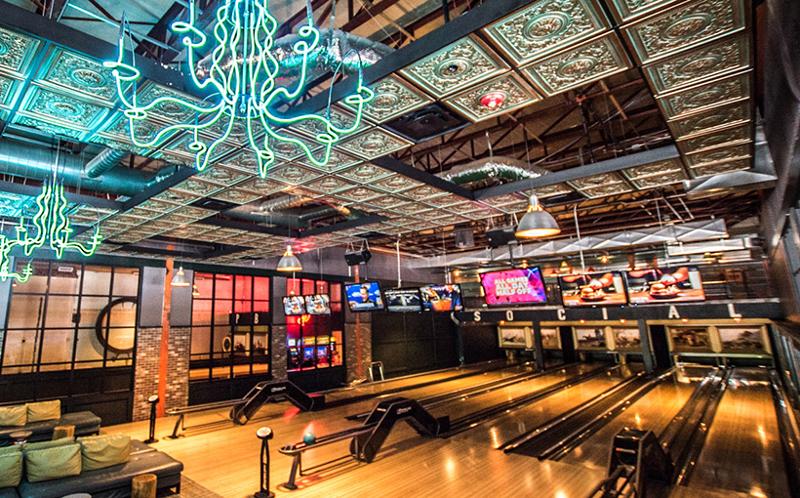 In the end, Punch Bowl Social ended up in the hands of its lender, anyway.

The so-called eatertainment chain, which declared bankruptcy in December amid a dispute with lender Crowd Out Capital, was sold to that company for its stalking horse bid of $32 million.

In addition, Punch Bowl settled a dispute with another lender that was jockeying to buy the company, Sortis Holdings. Sortis, an investment firm that has been buying up companies during the pandemic, agreed to acquire some assets that weren’t included in the bankruptcy filing.

The sale and the end of the dispute with Sortis have paved the way for Punch Bowl to emerge from bankruptcy by the end of this month—effectively ending a 13-month saga that took the Denver-based chain from its perch as one of the industry’s hottest growth stories to one in which it was fighting for survival.

In 2019 Punch Bowl was one of the fastest-growing restaurant chains in the U.S. and earned a major investment from Cracker Barrel. The company boasted a scratch menu with craft beer and cocktails to go along with games like bowling, shuffleboard and ping-pong.

But the pandemic wiped out much of its sales and Crowd Out, which previously had a dispute with the chain, called its loan, leading Cracker Barrel to back out. By the summer Crowd Out took over management of the chain but in December the company filed for bankruptcy protection.

Crowd Out and Punch Bowl resolved their dispute and the lender emerged as its most likely buyer with the $32 million bid.

That bid included the $21 million Punch Bowl had owed Crowd Out plus $11 million in additional financing to get the company through the bankruptcy process.

Despite the presence of several potential buyers, CrowdOut’s bid was ultimately chosen as the best and the bankruptcy court awarded the chain to the lender.

The challenge now is to make a comeback. Punch Bowl shrunk from a peak of 20 locations to 13, most of which had been temporarily closed due to the pandemic.

Its new owners will be banking on consumers coming back to experiential chains. Sales at traditional dine-in restaurants have surged in recent weeks as consumers spent their stimulus cash while vaccines gave more people confidence to eat out. Yet there are some concerns of further closures as infection rates increase again this spring

Crowd Out is hardly the only lender to wind up buying a brand. Several lenders, most of which acquired the debt on the secondary markets, have acquired brands in recent months, either because there were not enough buyers or as a strategy to acquire such companies at low prices.