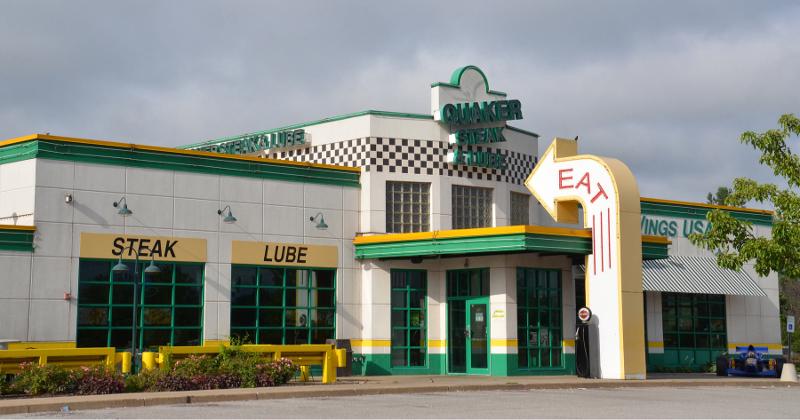 Travel Centers of America (TCA) said it has agreed to sell its 41-unit Quaker Steak & Lube casual-dining chain to an unidentified buyer for about $5 million.

The truck stop operator said the chain and its other full-service restaurants had dragged down revenues beyond its fuel pumps during 2020. Quaker Steak specializes in chicken wings and has traditionally focused its marketing on motorcycle riders.

The price represents a substantial decline in value for the chain, which TCA somewhat surprisingly bought out of bankruptcy in 2015 for $25 million. But revenues at the chain plunged last year.

“Excluding full-service restaurants, total nonfuel revenues improved 7.1% over the prior year,” CEO Jonathan Pertchik said in disclosing the public company’s financial results for 2020 and its fourth quarter. During the last three months of the year, restaurant revenues fell 30.4%, to $75.2 million.

Pertchik noted that many of TCA’s full-service restaurants had been closed during the year as the result of government mandates intended to slow the spread of coronavirus.

Its other full-service holdings include the Country Pride and Iron Skillet chains. It also operates units of Bob Evans, Black Bear Diner and IHOP.

Its fast-casual restaurants include branches of Boston Market and Fuddruckers.

The restaurants are usually developed as a component of TCA’s truck stops, which typically also include such amenities as showers, c-stores and game rooms. The facilities are intended to provide a rest stop for truckers and other interstate travelers.

TCA has recently focused on building smaller facilities, called TA Expresses.  It had developed a smaller-sized walk-up version of Quaker Steak to fit the new model.