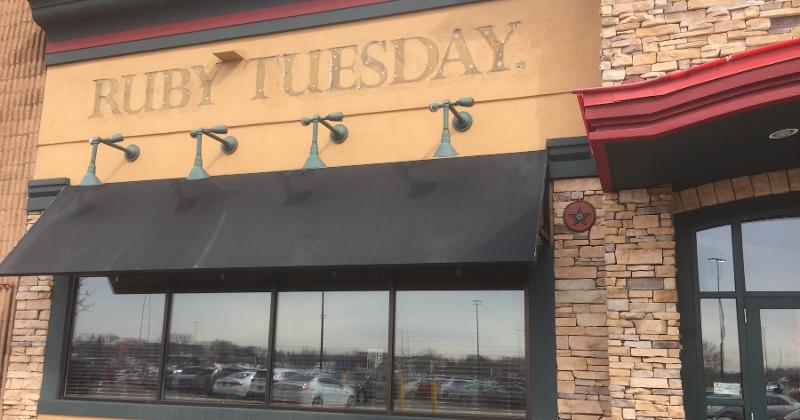 That includes 185 restaurants that have been shuttered during the pandemic, which hit in March and drained the company of its ability to serve dine-in customers.

“The announcement does not mean ‘goodbye Ruby Tuesday,’” CEO Shawn Lederman said in a statement, using the name of the Rolling Stones song for which the chain was named after its 1972 founding. “Today’s actions will allow us an opportunity to reposition the company for long-term stability as we recover from the unprecedented impact of COVID-19.”

The company has nearly $43 million in senior debt, in addition to other liabilities such as $19 million due to landlords, utility companies and other vendors.

Speculation about Ruby Tuesday has swirled since the pandemic began and many of its locations did not reopen. Aziz Hashim, managing partner of the company’s owner, NRD Capital, acknowledged earlier this year that at least 150 locations would close, saying that their fate rested with the company’s landlords.

NRD bought Ruby Tuesday in 2017, taking the company private in the process. At the time it had 541 locations after steadily declining in number since the chain’s peak before the previous recession.

In a bankruptcy court document Lederman said that the company was “not immune to the overall shift in customer spending from casual dining to fast food and fast casual.” The decline in mall traffic also hurt those locations.

Ruby Tuesday said it fell out of compliance with the covenants on its loans over the past two years. It closed underperforming locations and sold real estate for 189 locations and leased it back.

As of March, the company operated 420 locations. The company said the pandemic has hammered operations, given that 90% of its sales came from dine-in business.

Delivery at Ruby Tuesday has surged 450% during the pandemic while takeout has nearly doubled. The company has also started using its kitchens as ghost kitchens for other concepts.

Still, the company does “not intend to reopen 185 of the restaurants that were closed during the pandemic.”

Ruby Tuesday has reached an agreement with its lenders on a restructuring process to keep the company intact. It has hired FocalPoint Securities as its investment banker and Hilco Real Estate to help renegotiate leases.