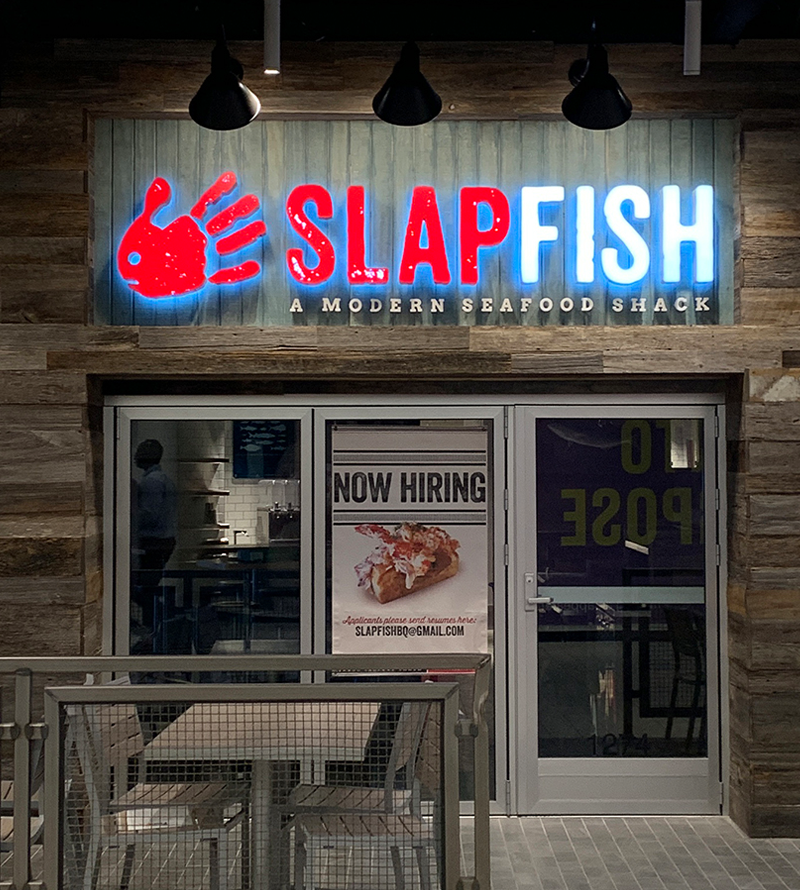 Andrew Gruel, who founded Slapfish in 2011 as a food truck and grew the fast-casual seafood concept to more than 20 locations, has taken a buyout of his majority interest in the brand from Mac Haik Enterprises, Gruel confirmed Tuesday.

Details of the acquisition, which took place last month, were not disclosed by Gruel.

Gruel, who has nearly 150,000 Twitter followers, announced the transaction on the platform Sunday, saying that his plan was always to exit Slapfish after a decade to create new restaurant brands.

“We want to put a lot of the focus on doing it all over again,” Gruel said. “Taking what we learned through the process and working through some alternate ideas.”

Those alternate ideas include several new or recently hibernated concepts that Gruel would like to scale.

Among them is a new seafood concept, called Calico Fish House that’s currently slated to open in September on the Pacific Coast Highway in Huntington Beach, Calif. It will have a full bar and servers, as well as counter service ordering, he said.

Another brand Gruel plans to expand is Big Parm. “It’s a typical New Jersey, pizza-by-the-slice joint,” he said. The restaurant, which currently has one location in Tustin, Calif., ferments its dough for 48 hours and infuses its sauce with parmesan rinds. Another location is slated to open in the next six months, he said.

Gruel is also looking to revive his chicken concept, Two Birds, and his plant-based restaurant, Butter Leaf, both of which had been located in a food hall.

Gruel has plans for a multi-unit property that will be used to incubate new concepts.

“It’s a little surreal,” he said of exiting Slapfish. “It’s just been our life for 10-plus years, 24 hours a day, seven days a week. The kids have grown up in the business.”

The deal for the space for Calico Fish House arose 24 hours after closing the Slapfish transaction, he said.

Slapfish’s sales grew 26.8% year over year in 2021, to $27.9 million, according to data from Restaurant Business sister firm, Technomic.

Gruel said his relationship with Mac Haik Enterprises is “great. “

“They’re going to take it in a great direction,” he said. “We feel confident about the legacy.”