A decade ago, Mike Frampton was paying about $35 per pickup to have a rendering company haul away the used cooking oil from his Sacramento, Calif., Melting Pot franchise. Today, he’s the one getting paid. 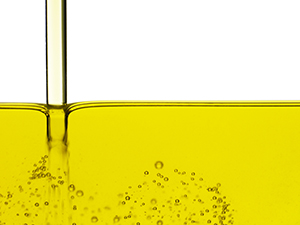 “Grease is an interesting business,” said the spokesperson for another restaurant we reached out to for this article. Indeed, there are cost considerations for operators on not only the front end—from the purchase and preservation of the fryer to the oil itself—but also on the back end, namely grease disposal and what happens once it leaves the lot. It’s the latter that’s generated headlines lately, as incidents of grease theft rise, spelling lost dollars for restaurants.

About four years ago, Frampton’s renderer stopped charging him for pickups, and approached him about signing a contract to grant the company exclusivity to his oil, for which they would pay him.

“Then we started to get a reasonably good check,” he says; about $68 a month. For his part, Frampton had to secure the oil container, which sits behind a gate outside the restaurant, to prevent uncontracted companies and thieves from taking the oil.

Frampton calls the process easy, a matter of “people putting things in the right bins,” he says. “For us, it’s been a natural process, [going] from what was a need to a return on our used oil.”

Used cooking oil has become big business as companies have improved the process of turning this “liquid gold” into energy-efficient biodiesel, animal feed, detergents and other products.

The demand also has attracted thieves. According to one report, a truckload of used oil can fetch $600 at a recycling center. In September, California passed a law toughening the penalties for stealing oil from restaurants and other businesses. And at least two other states, Virginia and North Carolina, have similar laws.

To protect their asset, restaurateurs are working with rendering companies to secure their spent oil. Many services will provide and install secure containers and may hire security to patrol restaurants during prime theft hours—all at no cost to the operator

While there’s money to be made, some operators are opting instead to put that revenue toward a good cause, earning credibility with the community and customers in the process. Federal Donuts, a four-unit, fried-chicken-and-doughnuts concept in Philadelphia, recently struck up a deal with its renderer to have the used grease delivered to a local high school where the students turn it into fuel to be donated. “We’re a for-profit business, so we’re interested in growing and making money,” says co-founder Steve Cook. “But we’re also interested in being part of the community that supports us.”