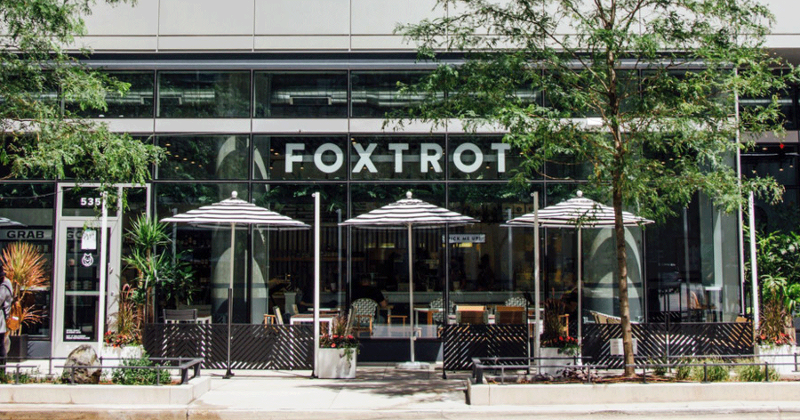 Restaurateur David Chang and Sweetgreen co-founder Nicolas Jammet are among the latest investors in Foxtrot Market, an upscale corner market chain, the company announced this week.

Chicago-based Foxtrot, which was launched in 2014, raised $42 million during this Series B funding round. Also investing in the brand was Walter Robb, former CEO of Whole Foods.

Foxtrot currently has 10 locations, according to its website, with stores in Chicago and Dallas. Several more are listed as “coming soon” for Washington, D.C.

The company said it plans to double its store count by the end of the year, thanks to the funding. The money will also be used to expand a line of private label goods and to continue a nationwide shipping operation.

Foxtrot also added new executives, including a COO who came from Starbucks and a vice president of strategy who previously worked at Sweetgreen.

Foxtrot is billed as an “upscale corner store and cafe” that provides delivery in less than an hour, thanks to app-based purchasing. Last year, company sales increased more than 100%, the company said.

“With this new round of funding and an incredibly strong executive team now fully in place, we see 2021 as a year of tremendous growth for Foxtrot,” CEO and co-founder Mike LaVitola said in a statement. “We have built a business that marries the local approach of a corner store with the convenience of e-commerce.”

Jammet told Bloomberg he could envision partnerships between Foxtrot and Sweetgreen.

“We have a robust Outpost program, shelves in other places,” he said. “That could work at Foxtrot. We can help them look at real estate locations. There are Sweetgreen locations that are close to each other. I’m sure you’ll see lots of Foxtrots near Sweetgreen in the future.”