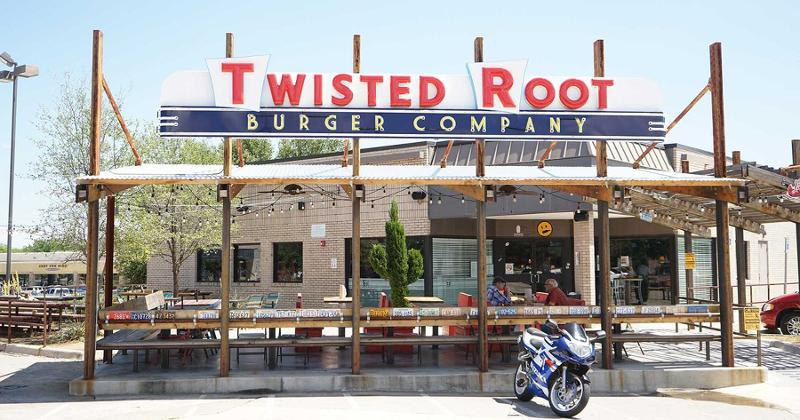 Dallas-based burger concept Twisted Root Burger Co., filed for Chapter 11 bankruptcy protection this month for three of its units, with plans to potentially do the same for more of its restaurants to keep the fast-casual chain afloat, the company said.

“Chapter 11 is for businesses that intend to reopen, but who need some help reorganizing debt to do so,” owner Jason Boso said in a statement to Restaurant Business. “That’s how we’re using it. We are putting locations into Chapter 11 to help us deal with accounts payable, debt service and rent. This is not Chapter 7, where you’re just closing your doors.”

Filing for Chapter 11 protection will give the company time to negotiate leases, as well as deal with the increased cost of doing business due to added safety protections as well as the loss of sales due to reduced capacity because of social distancing, Boso said.

“It’s no news that the restaurant industry is suffering, except for the few lucky bastards with drive-thrus and delivery pizza,” Boso said. “Chapter 11 is the way I’m positioning Twisted Root for survival over the next 18 months of down sales. I hope I’m wrong, but I’d rather plan pessimistically than operate optimistically and end up out of business.”

There are 17 Twisted Root units in the U.S., with 12 of them operated by Boso. His restaurants have remained closed during the coronavirus pandemic. A couple of the stores remain open for off-premise business. He said he does not know yet whether he will reopen the locations.

“That’s still to be learned as I cut deals with people,” Boso told the Dallas Morning News. “It just doesn’t make financial sense to go into a new world with all the same costs of the old world. I’d rather close that restaurant than lose money.”