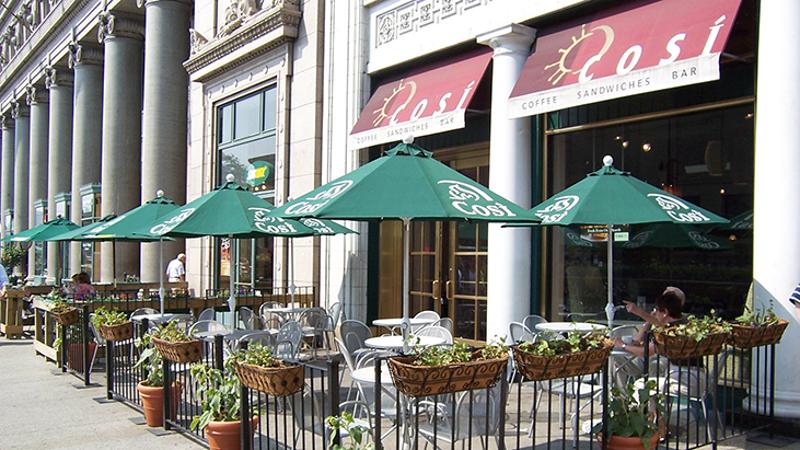 The 2018 death of the principal of its majority shareholder plunged fast-casual chain Cosi into financial and strategic uncertainty.

That’s according to Chapter 11 documents filed Monday as part of the beleaguered soup and salad brand’s second bankruptcy filing since 2016.

“Following that passing, the company continued to struggle operationally, the former majority shareholder (whose principal had passed) did not make further fundings, and all outside funding for the company was provided by an entity that was affiliated with the other shareholders of Cosi,” Vicki Baue, Cosi’s vice president and general counsel wrote in the filing.

The Boston-based chain, which owes $30.7 million in secured debt, put itself up for sale two months ago and shuttered 30 units in December. It is also pivoting its focus to its catering program as part of a restructuring effort.

In 2016, Cosi filed for bankruptcy. The following year, AB Value Management and Milfam LLC bought the chain. The death of Lloyd Miller III, Milfam’s principal, early in 2018 caused Milfam to “extricate itself from its investment in Cosi,” according to the filing.

The massive funding cut forced the chain to reduce its costs of goods and labor, Baue wrote, also contributing to a “deteriorating in the in-store customer traffic trends in Cosi restaurants” due to shrinking menu offerings and reduced staffing.

In 2010, Cosi had 142 restaurants with $106.6 million in net sales. The dwindling chain currently has 13 units and three catering commissaries generating about $20 million in annualized net sales, according to the documents.

In seeking bankruptcy protection, the chain hopes to prevent a full shutdown of all operations and the firing of nearly 240 employees, Baue wrote.

“This is not, however a typical ‘Chapter 22’ case, in which a debtor attempts to accomplish the same objectives as in an initial Chapter 11 case,” she wrote. “The company’s old business model does not work any longer. The company is already seeing, however, that its new business model, revolving around its catering business, does work.”