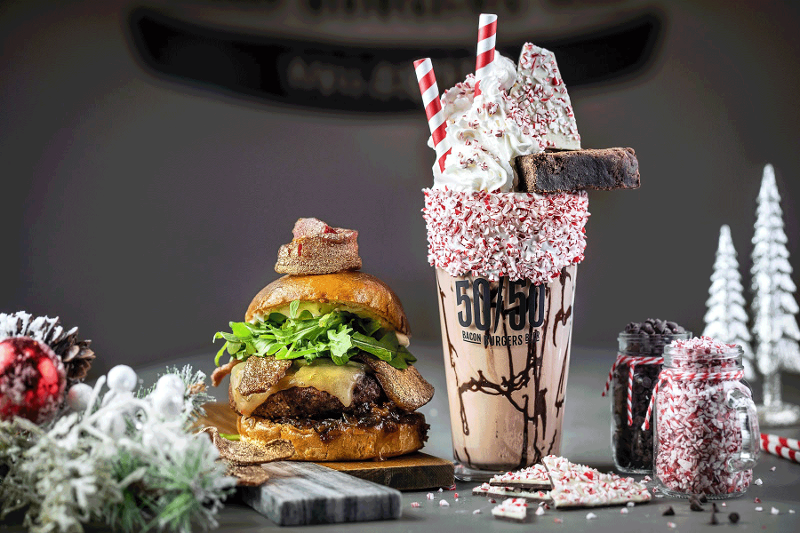 The holidays have always been a time for restaurants to add a little glitz to the menu. And while the 2020 season is like no other, several chains are trying to lure pandemic-weary customers with luxe ingredients. Truffles, gold leaf, caviar and lobster are gracing everyday foods such as burgers.

Slater’s 50/50, a casual-dining chain specializing in burgers, bacon and beer, introduced a 24 Karat Burger to its holiday menu. The limited-time item is made with a half-pound Wagyu beef patty that’s topped with gold-dusted bacon, truffle cheese, arugula and bacon jam and served on a 24-karat gold-dusted brioche bun.

Fittingly, this over-the-top burger made its debut in Las Vegas in 2019, but this year, Slater’s 50/50 is offering it at its California locations in Fresno, Pasadena, Valencia and Huntington Beach throughout December.

“Slater’s 50/50 is best known for putting our own ‘slaterized’ spin on the classics, and the holiday season presents the perfect opportunity to go big or go home with our seasonal creations,” said COO Ernie Romo in a statement. The 24 Karat Burger sells for $24. 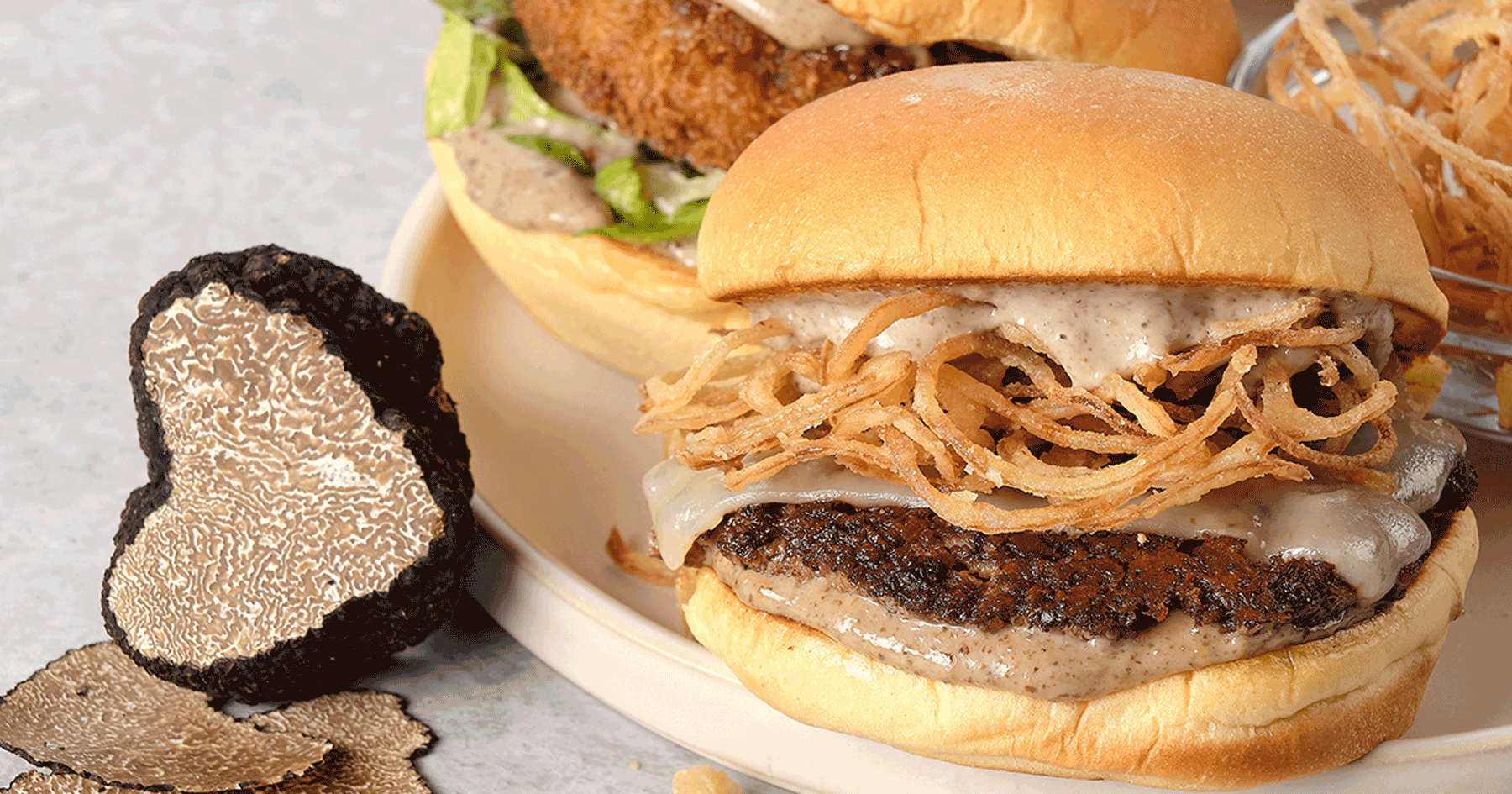 Shake Shack also took a burger over the top for the holidays with the launch of its Black Truffle Burger. The fast casual partnered with Regalis Foods, importer of a black truffle arbequina oil flavored with real truffles to create a black truffle sauce that graces the burger. The build also includes melted Gruyere cheese and crisp shallots on a potato bun.

The truffle sauce is also infusing other Shake Shack menu items for a limited time, including a Black Truffle ‘Shroom Burger and a Black Truffle Shack Stack. The limited-edition items run $8.89-$11.89 and are available only at four of the chain’s New York City and Los Angeles locations.

Although Morton’s The Steakhouse is a few rungs up the price ladder from Shake Shack and Slater’s, the chain is diving deeper into the upscale category over the holidays. For a limited time, Steak & Lobster Oscar is on the menu, for takeout and delivery as well as dining in, where permitted.

The luxury dish features an 8-ounce filet mignon, topped with the meat from a 1¼-pound lobster and finished with lobster butter and grated Parmesan cheese with a savory puff pastry on the side. The entree is priced at about $60. Also on the holiday menu is Chateaubriand for Two—a three-course Christmas dinner for $154.50.

On the independents side, Restaurant Daniel in New York City, traditionally a dining venue for high rollers, is offering a Christmas Weekend Feast for $1,800 and a New Year Weekend Feast for $2,200. The menus feed four to six diners and include indulgent items such as smoked salmon, lobster thermidor and Sakanti dark chocolate mousse. Both feasts are available for pickup and limited delivery.

But none of these items compare with the decadence offered by several other New York City restaurants in past seasons.

Norma’s, a breakfast destination in the Parker-Meridian Hotel, gained fame for serving up the Zillion Dollar Frittata—a $2,000 extravaganza made with 10 ounces of Sevurga caviar, an entire lobster, six eggs, cream, chives and lobster sauce plated over a bed of Yukon gold potatoes.

And Serendipity 3, a NYC ice cream parlor that is a prime tourist attraction, introduced an Opulence Sundae for $1,000. It comes piled with three scoops of Tahitian vanilla ice cream covered in 23-karat gold leaf, along with almonds, caviar and an orchid crafted of sugar. It’s served in a Baccarat crystal goblet lined with gold leaf that the guest gets to keep—making the sundae a relative bargain.