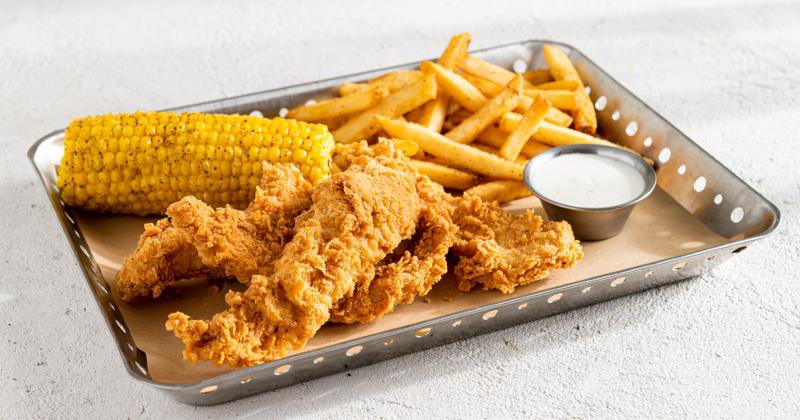 Chili's Original Chicken Crispers are gone, but the Crispy version (pictured) is still on the menu. / Photograph courtesy of Chili's Grill & Bar

Chili’s Grill & Bar is catching heat from some customers after it removed a longtime fried chicken dish from its menu.

The chain in October said it was dropping its Original Chicken Crispers, which featured a unique tempura batter and a softer bite than traditional tenders. Two other Crisper varieties—Crispy and Honey Chipotle—remain on the menu.

The move is part of the chain’s efforts to simplify operations under new CEO Kevin Hochman, a Chili's spokesperson in an email.

The idea is to make team members’ jobs easier and improve the guest experience. But at least some customers were upset by the news.

“I am livid,” said one Reddit user. “My son actually cried when she told us,” said a diner on Twitter.

A tweet by Chili’s inviting followers to “like this tweet if you're going to miss original chicken crispers” got more than 3,000 likes and a parade of disappointed responses.

“Why are you taking a classic favorite away? … I have no reason to default to your restaurant anymore,” one person said.

The backlash, though, appears to be coming from a vocal minority. Chili’s Crispy Chicken Crispers, not their tempura-battered cousins, make up the majority of the chain’s chicken orders, the spokesperson said. It’s now focusing on perfecting those: “They’re bigger than before and even juicier,” the person said, and come with three sauce options.

Indeed, Chili’s is doubling down on Crispers and other core menu items like burgers and fajitas. It’s part of Hochman’s plans to get the chain back to its roots and get customers coming back.

“We need to be focused on big things that will make big impacts to the business,” he said during an earnings call last month. “We think we can explode [the Chicken Crispers] segment of the business” with more sauce varieties and larger piece-count options.