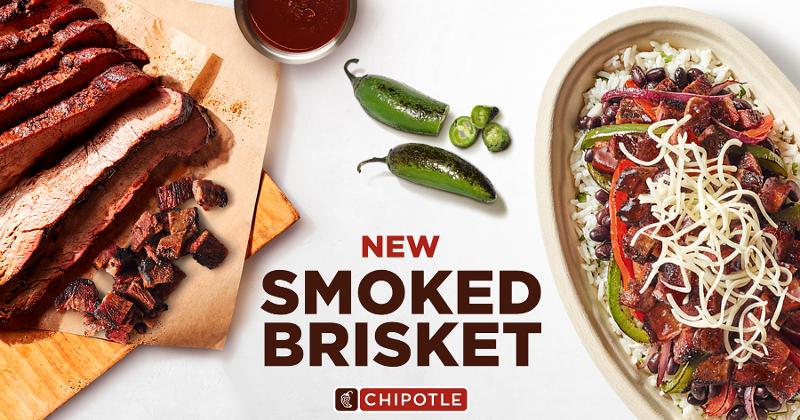 The new protein is seasoned with a “special” spice blend, seared on the grill and finished with a sauce made from Mexican peppers. It is available for a limited time at 64 locations.

Chipotle said that there are no details on a national rollout of the smoked brisket as the “full timeline” for the test is still being worked out.

Adding a new protein to the menu is frequently challenging for Chipotle, which has strict sourcing standards around sustainable farming that does not use antibiotics or growth hormones.

The brisket is available via all of the chain’s channels, including in-restaurant dining, online, mobile and delivery, for a limited time.

More than 10 million people tried carne asada during its first run, with about half of those customers being first-time Chipotle diners. The chain brought the item back in September, giving digital rewards members early access to it.

Chipotle has previously said that just 5% of U.S. beef meets the chain’s strict sourcing requirements. The chain has formed partnerships with new farmers, ranchers and other suppliers who are able to work within its standards.

As with other new menu introductions, Chipotle is using its “stage-gate” process to test the item, guided by customer feedback.