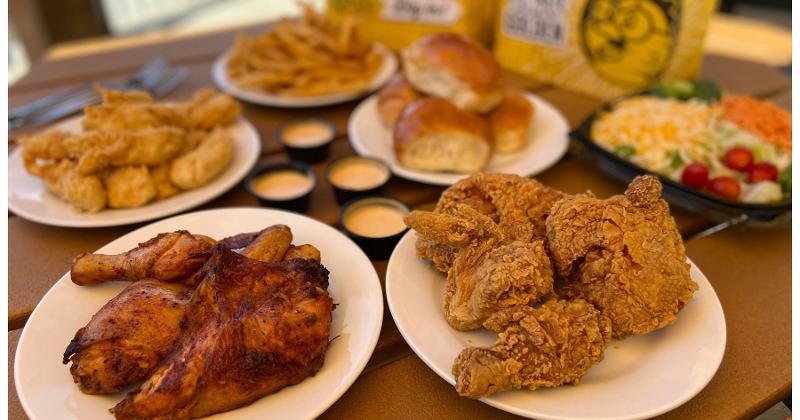 “Every QSR is the country is serving chicken and producers have nothing in their freezers,” he said. “But it’s not just chicken fillets, it’s wings, tenders and bone-in pieces, too.”

Golden Chick’s VP of Purchasing Kelly Creighton attributes the challenges of the current chicken market to “a perfect storm” of increased demand, decreased labor and higher corn prices—all of which are pushing the price of some chicken parts to historic heights.

Golden Chick purchases 18 million pounds of chicken a year, mostly bone-in pieces and tenders, but recently entered into the boneless breast category when it launched its fried chicken sandwich in May, 2020—one of the first out of the gate after Popeyes.

To fill its chicken pipeline, the fast casual contracts with two suppliers for its tenders and another for the remaining parts. Although it only takes 34 days to grow a market-ready chicken, the producers are facing the same labor shortage right now as the restaurant industry. “They can’t find people to work in the poultry plants,” said Creighton. Supply simply can't keep up with demand.

Creighton spent a long time creating and cementing vendor partnerships, and these relationships position Golden Chick well in the purchasing queue “when suppliers have to choose who they sell to,” he said. Even so, he can’t do much to control price increases.

Right now, Creighton is paying more for chicken, especially parts, and he expects prices to go up even more next month.

In the meantime, Golden Chick is “maneuvering around the menu” to avoid raising prices for most of its chicken items. “We currently have boneless wings in test and can transition to those if wings go up 30%,” said Stevens. “There’s no way around a menu price increase with our regular wing product.”

If tenders go sky high, he’s planning on a marketing push for the fast casual's fried butterfly shrimp. And the chain is testing a thigh product that it hopes to introduce soon.

But dark meat is volatile, too. “Thigh meat is going up three cents [per pound] a day,” said Creighton. “Every day is a new adventure.”

Golden Chick is hopeful that this “perfect storm” will pass soon. “By the end of summer, we should see some relief on the supply side,” said Stevens, and in the second half of the year, prices may stabilize.