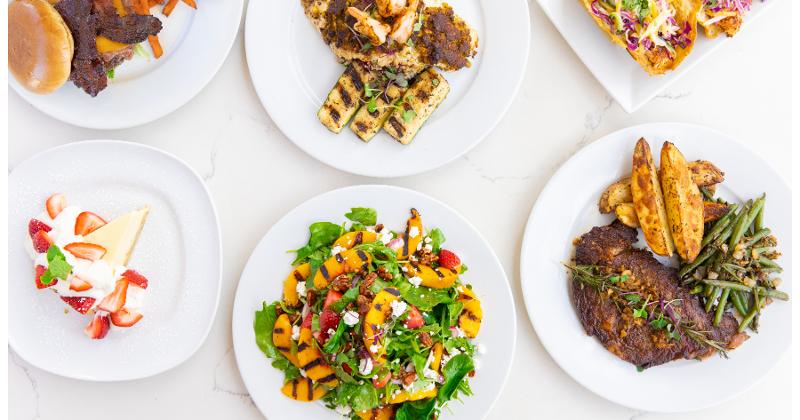 Pent-up demand is bringing customers back to their favorite restaurants, but they’re occasionally disappointed to find a menu with fewer choices, higher prices and some of their favorite dishes gone.

In the struggle to staff up post-pandemic in the midst of a critical labor shortage, operators are finding they have to pay more to both back- and front-of-house employees. Hourly wages for restaurant workers increased 12% year over year between April 2020 and 2021, according to Restaurant Business sister company, Technomic, and many restaurants are paying $20 an hour or more for a cook and $15 for an inexperienced server. Even teenagers going for their first restaurant job are demanding higher pay. To offset the increase in workforce costs, a number of operators are raising menu prices.

But taking price can turn off customers. “You can only raise prices so much when you don’t have the best waiter or busboy in those positions,” said David Burke, long-time restaurant owner and chef and head of DB Hospitality Management. “With a strong staff and enough labor, you can write a better menu.”

Burke recently opened three restaurants in New Jersey—Orchard Park, Red Horse and Belmar Kitchen—and was pretty much able to set prices without having to meet previous expectations. But he’s also trying some workarounds to deal with the shortage of skilled workers. 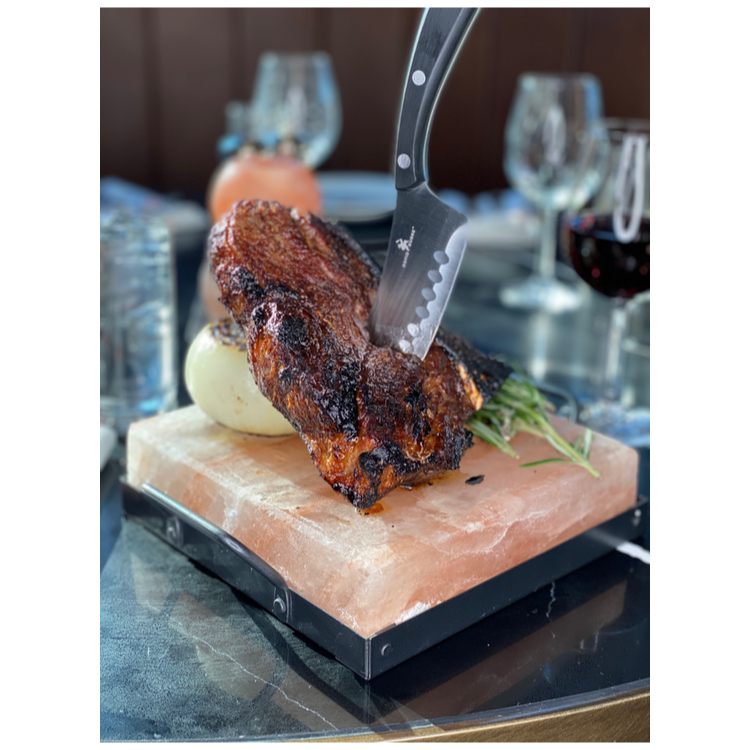 Burke traditionally has a cook on staff with the expertise to butcher meat and a pastry chef to prepare desserts. But with labor high, he is getting in pre-cut portions of beef, pork and other meats and using a consulting pastry chef who works across five restaurants.

Consumers eager to dine out may be willing to pay higher prices for now, but as inflation continues to surge, there could be more resistance.

In June, the Labor Department reported that the consumer-price index increased 5.4% from a year ago, the highest one-year jump since 2008. Food-away-from-home prices contributed in large part, rising 4.2% over the previous year.

“In today’s restaurant environment, we all need to be more creative and innovative with the strategies we use to manage our business when it comes to minimizing price increases,” said Tom Sacco, CEO and president of 52-unit Happy Joe’s Pizza and Ice Cream, who also holds the title of “chief happiness officer.” “Rather than pass on elevated costs to the consumer, at Happy Joe’s we renegotiated contracts on some of our most high-volume food products and containers to help minimize the pricing pressure we were experiencing from nationwide labor shortages, increased wages and inflation.”

At fast-casual Bellagreen “we look at what the consumer is willing to pay and charge that,” said Jason Morgan, CEO of that seven-unit concept and 15-location Original Chop Shop. He is currently paying double for chicken and beef than he was three months ago, but “this is a short-term hiccup,” he believes.

Morgan hasn’t raised menu prices this year, saying that customer traffic is more than making up for the higher commodity prices, so his profits remain strong.

“Once you take price [on menu items], you never see anyone reduce it. I’m hoping that other fast casuals take price so Bellagreen will look like a better value,” he said.

The average check at Bellagreen is $16—on the high side for a fast casual—but Morgan believes that value is more important to consumers now. “Our food is affordable and projects a high perceived value,” he said.

The menu at the chain, which is subtitled “American Bistro,” reads more like that of a full-service restaurant, with chef-inspired, seasonally driven items prepared from scratch. Along with the more expected bowls, salads, burgers and pizza, there are dinner dishes like Brick Chicken, Pistachio-Crusted Snapper, Garlic Rosemary Prime Ribeye and House-Made White Chocolate Bread Pudding.

Wine and beer are available at Bellagreen locations, too, and alcohol makes up 5% to 10% of sales.

Bellagreen’s employees average $18 an hour with tips. The chain operates in only two states—Arizona and Texas—where the hourly minimum wage is $12 and $7.25 respectively. That’s where Morgan starts hourly workers, frequently giving them raises and opportunities for training and growth. He hasn’t had trouble retaining workers, he said, because he kept nearly everyone employed during the pandemic and paid managers full bonuses.

Dillas Quesadillas, which also operates largely out of Texas, has had to pay more than minimum to new hires.

“The fight for the $15 wage has influenced the initial ask of frontline workers,” said Kyle Gordon, founder of the seven-location fast casual. “Potential employees used to come in and ask for $9 an hour, now first-time team members—even 16-year-olds—are wanting $12 or more. The pressure has been building, as Dallas is a very competitive market.”

Gordon offers a base pay of $12 an hour in Texas and about $9 in Louisiana where the cost of living is lower.

“Current menu prices pretty much take care of labor costs,” he said, “but it’s the commodity increases and inflation that are impacting menu prices more than the labor market. A team member’s wage doesn’t double in three months.” 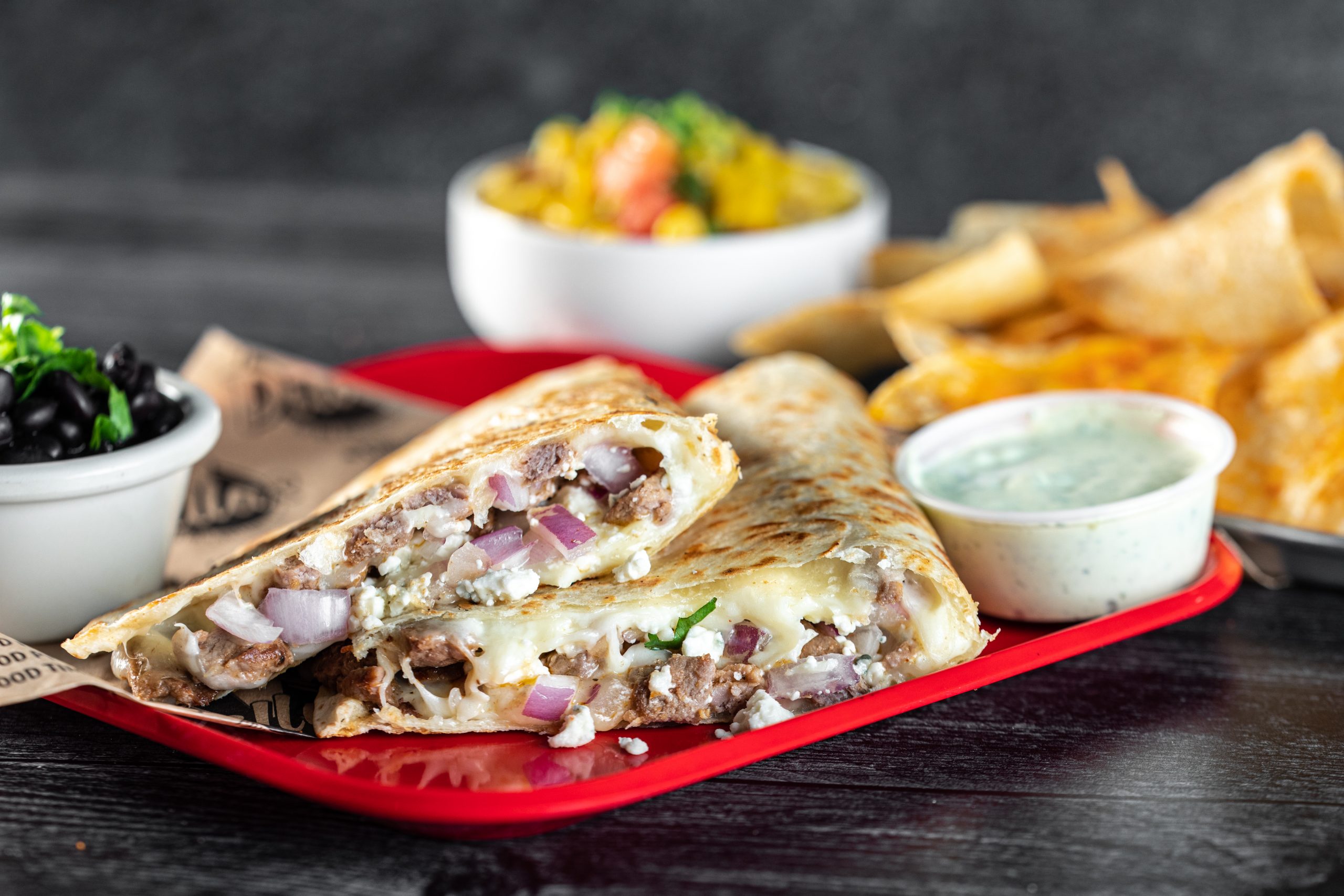 Like Morgan, he’s paying double for chicken—$100 a case vs. $50 a case three months ago—and did take a 50-cent price increase on one item. It’s the “Make it a Meal” option, that includes two sides and a drink with the quesadilla order.

“About 70% of customers order the combo, so it helps us absorb costs. We can’t add 10% across the board,” said Gordon.

Gordon and his partners put together a few bullet points for team members to talk through and explain the 50-cent increase. Not one customer has asked, he said.

But Dillas competes on value and service—not price, he added. The overstuffed quesadillas are filled with premium ingredients such as steak, brisket, portobello mushrooms, roasted vegetables, Hatch chilies and cheese, and served with a variety of house-made sauces. Average transaction time is 2½ to 4 minutes.

Limited-time offers are driven by customers, who submit ideas during an annual Dillas Madness competition. Coming up in November is a Frito Pie Quesadilla.

Dillas hasn’t had to pare down the menu because of labor or supply challenges. “Since we have multiple restaurants in the same market, we can lean on them,” said Morgan. “We can send workers to another location to get product if we run short or even take a shift if a cook quits on short notice. We’ve never cut anything off the menu.”

At La Planchada in Prescott, Ariz., owner Skyler Reeves noticed that some of the menu items were holding up the kitchen and the orders were getting behind. He asked his prep cook "what can I take off your plate," he said. "The cook answered, 'the lamb hibiscus taco. It's a pain in the ass.'"

Everyone liked the taco, but it required a lot of steps to prepare and represented a small percentage of sales at the restaurant, said Reeves. So he axed it. "I might bring it back again, but I want to keep my staff happy with the severe labor shortage that's going on," he said.

Reeves is founder of Vivili Hospitality Group in Prescott, which counts six restaurants in and around the area. La Planchada, what he calls a "hipster taco joint," relies heavily on its bar, which offers 100 agave spirits. Customers order food and drink at the bar and then sit down, eliminating the need for a lot of servers. Another in the group is Rosa's Pizzeria, a full-service restaurant where he moved employees around "like a Tetris puzzle" to solve some of his labor challenges.

The salad cook used to prepare the garlic bread for Rosa's, but "we changed the way we prep the bread to make it less labor intensive," said Reeves. "This allows the servers to do it and frees up the salad cook. And the servers now unload boxes instead of the prep cooks."

“We’re doing our best to keep the menu as whole as possible, but every day, there are about 20 items we can’t get,” said Gje Green-Wallace, director of marketing for the 20-unit chain.

Ketchup in plastic bottles is scarce, so it’s getting delivered in glass bottles. But manufacturers can’t get enough glass to bottle wine and spirits, so guests sometimes can’t get their first choice of a tequila or vodka brand. The restaurant sources a specific kind of bacon but that was in short supply, and the substitute brand was more expensive.

“With seafood, it’s less about what we can’t get—we can always find it somewhere—but it may not be the size, price or vendor we’re used to,” Green-Wallace said. Currently, the seafood industry doesn’t have enough fishermen to catch fish or workers to pack it fresh for distribution.

That problem has led to disappointed cooks and customers.

As an example, the chef specs a 5- to 7-ounce fish filet—the usual portion size—but that might not be available. “Then we have to go to a 7- to 9-ounce filet and adjust the cook time, presentation and price. The customer is getting something that looks different on the plate and costs more, so the servers or managers have to explain what’s going on,” said Green-Wallace.

Fish City Grill has to continue to price items fairly to deliver the value perception guests have come to expect, she said. But scallops, catfish and crab legs have all gone up due to supply shortages.

“We’ve had to increase a few prices—mostly on the fancier fish—and we always have our staff explain why,” said Green-Wallace. “But instead of hiking prices across the board, we’ve re-engineered the menu to bring back old favorites that add value for the guest.” 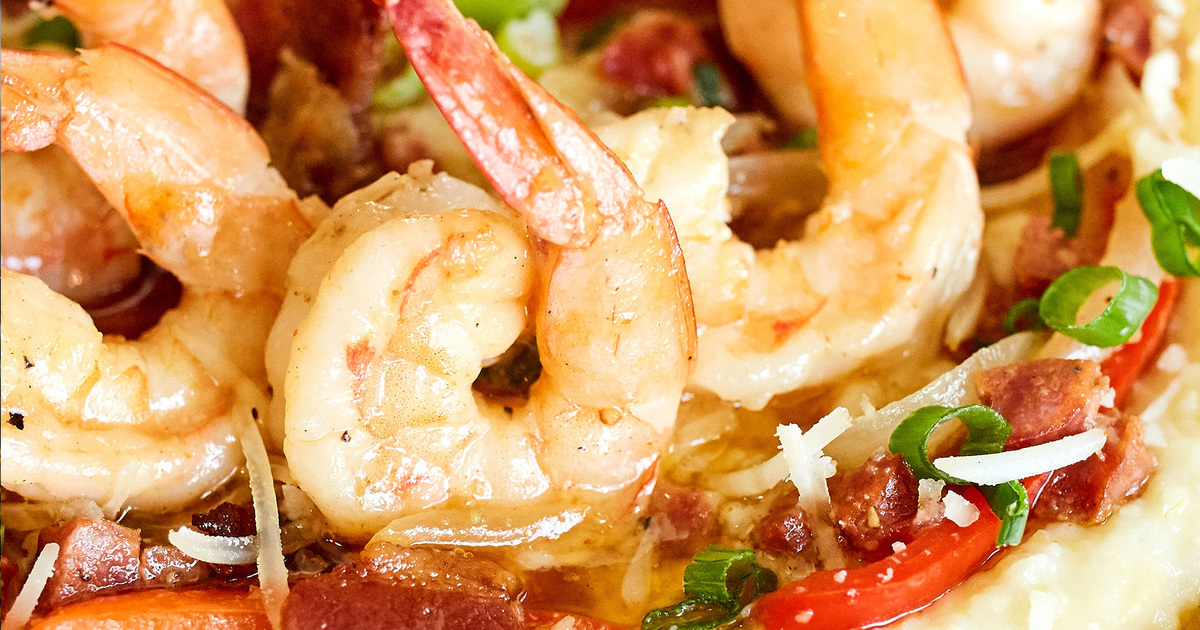 Shrimp are in consistent supply and cost-effective, so the chain brought back an old favorite—Shrimp and Grits. It’s selling better than it did pre-pandemic, she said, priced at $14.99. Shrimp also shows up in Honey Chipotle Shrimp Tacos ($13.99) and Shrimp & Shroom Linguine ($16.99).

The restaurant also did away with printed menu prices for more expensive, less available seafood, like crab legs. “We now list these as market price and use chalkboards to communicate the current price,” she said.

Fish City Grill’s culinary and beverage director works hard to keep up with supply chain snags by staying in close touch with vendors. The menu is flexible enough to adapt. But if the minimum wage goes up to $15, “we can’t leave menus as they are,” said Green-Wallace.

“A higher minimum wage will impact the evaluation of the products we bring in, menu pricing, restaurant design and more,” she said. “If you change one dial, it affects all the others.”