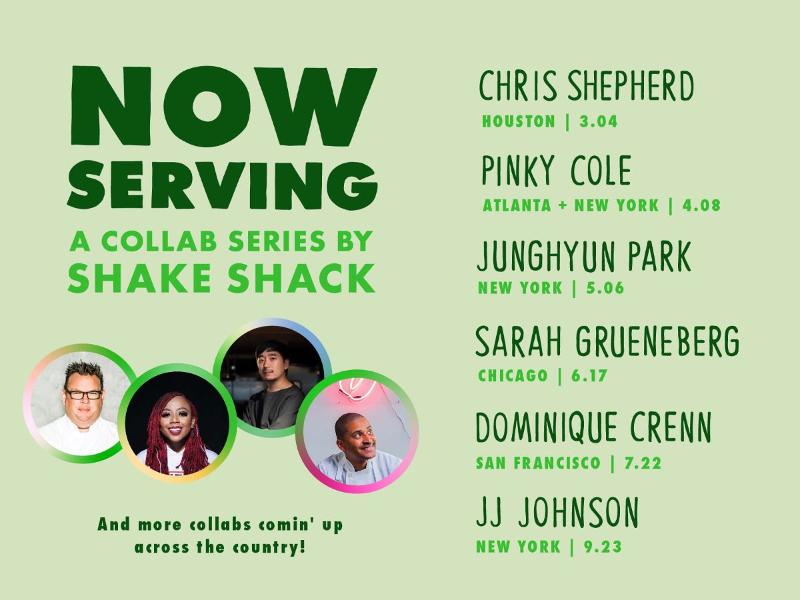 Shake Shack is launching a series of one-day-only menu collaborations with well-known local chefs such as Domique Crenn and Sarah Grueneberg, the burger chain announced Monday.

The limited-time menu offerings launch on March 4 and are only available in designated cities.

"As part of our fine dining roots, Shake Shack has always had a long history with collabs working with chefs such as Dominique Ansel, Zaiyu Hasegawa, Massimo Bottura, Daniel Boulud, David Chang and more,” Mark Rosati, Shake Shack’s culinary director, said. “For this series specifically, we aimed to work with chefs within our network who we were not only inspired by from a culinary perspective but were also dedicated to giving back to their communities."

More collaborations around the country are slated for the future, according to Shake Shack.

Each menu pairing will also include “free exclusive swag,” the company said.

“It’s been so much fun working with Shake Shack on a collaborative sandwich to benefit Southern Smoke,” Shepherd said in a statement. “Our industry continues to struggle, and the money raised from this sandwich will help food and beverage workers in crisis.”