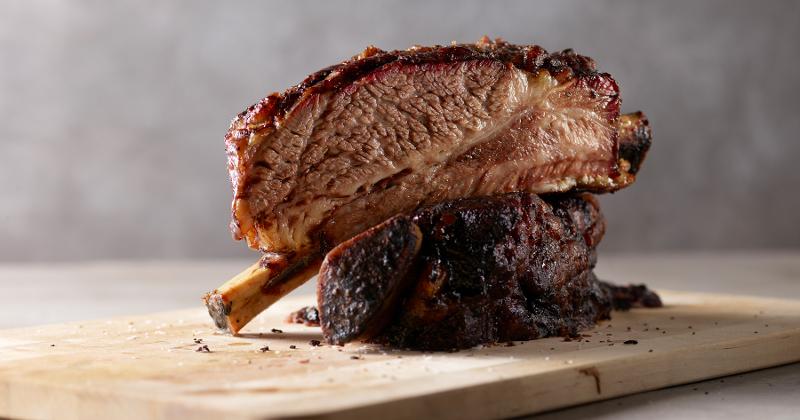 Like other restaurants, Smokey Bones scaled back its menu during COVID to focus on the most popular and easy to execute items.

“The menu had really gotten too large and had lost its focus. It had become like one of those huge diner menus,” said Chief Food & Beverage Innovation Officer Peter Farrand.

But as 2020 drew to a close, pandemic-weary customers were looking for more diversity and global flavors, he said. It was time to build the menu back up. “We have to offer variety as people go out to eat more often now and in the year ahead, Farrand said.

At the beginning of February, Farrand launched the next iteration of Smokey Bones’ menu, which he dubbed “a protein candy store.” It’s like when a kid walks into a candy store and is wowed by the choices,” he said.

The new items reinforce the idea that barbecue means something unique in different parts of the world and different parts of America. It’s always smoke and flame, said Farrand, but the flavors, cuts of meat and serving styles vary. 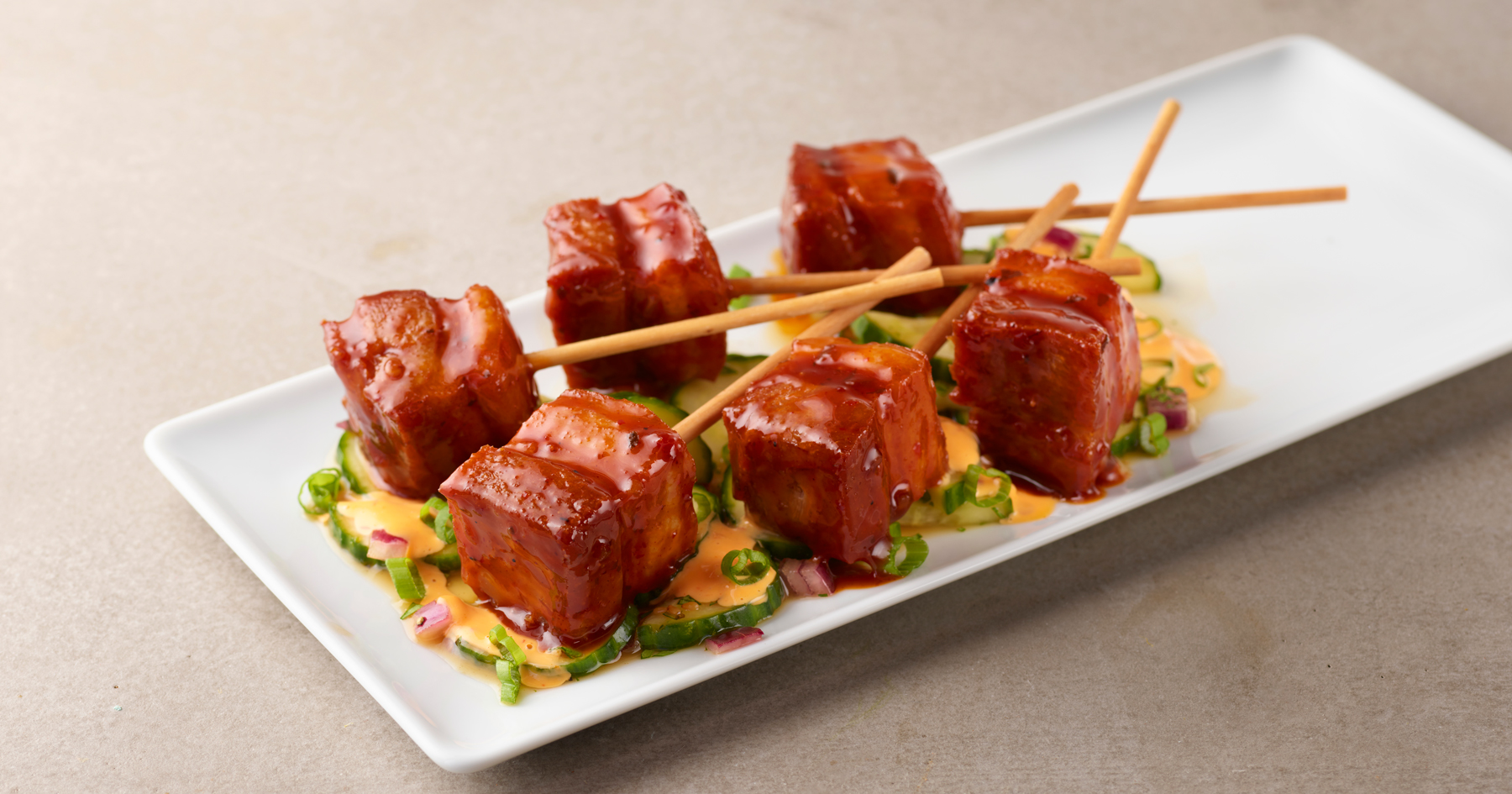 The new menu, which launched at Smokey Bones’ 61 locations in February, gives guests barbecue taste experiences outside the United States. For the chain’s iconic house-smoked St. Louis Ribs, for example, customers can choose from a variety of globally influenced sauces, including Korean BBQ, Chinese BBQ, Spicy Mango Tandoori and Jamaican Jerk, as well as American-style Memphis dry rub and classic sweet and spicy.

A new beef cut for the chain—a giant chuck rib—is geared to meat lovers. The two-pound hunk is served on the bone with a Latin-influenced chimichurri sauce.

Pork belly had been on the menu before, but Farrand is now menuing the meat in Korean BBQ Belly Pops. The pork belly is slow cooked, then flash fried until crispy and brushed with a Korean barbecue sauce. A fresh cucumber salad and spicy mayo drizzle completes the starter.

The protein candy bar is stocked with more than meat. Shrimp is another new SKU and mahi mahi is back in an entree and sandwich. Although it’s a meat-centric concept, customers sometimes come to Smokey Bones for other options, said Farrand. “There are guests who really want vegetables, and I’m currently looking to develop a new veggie burger—an alternative to faux meat,” he said. 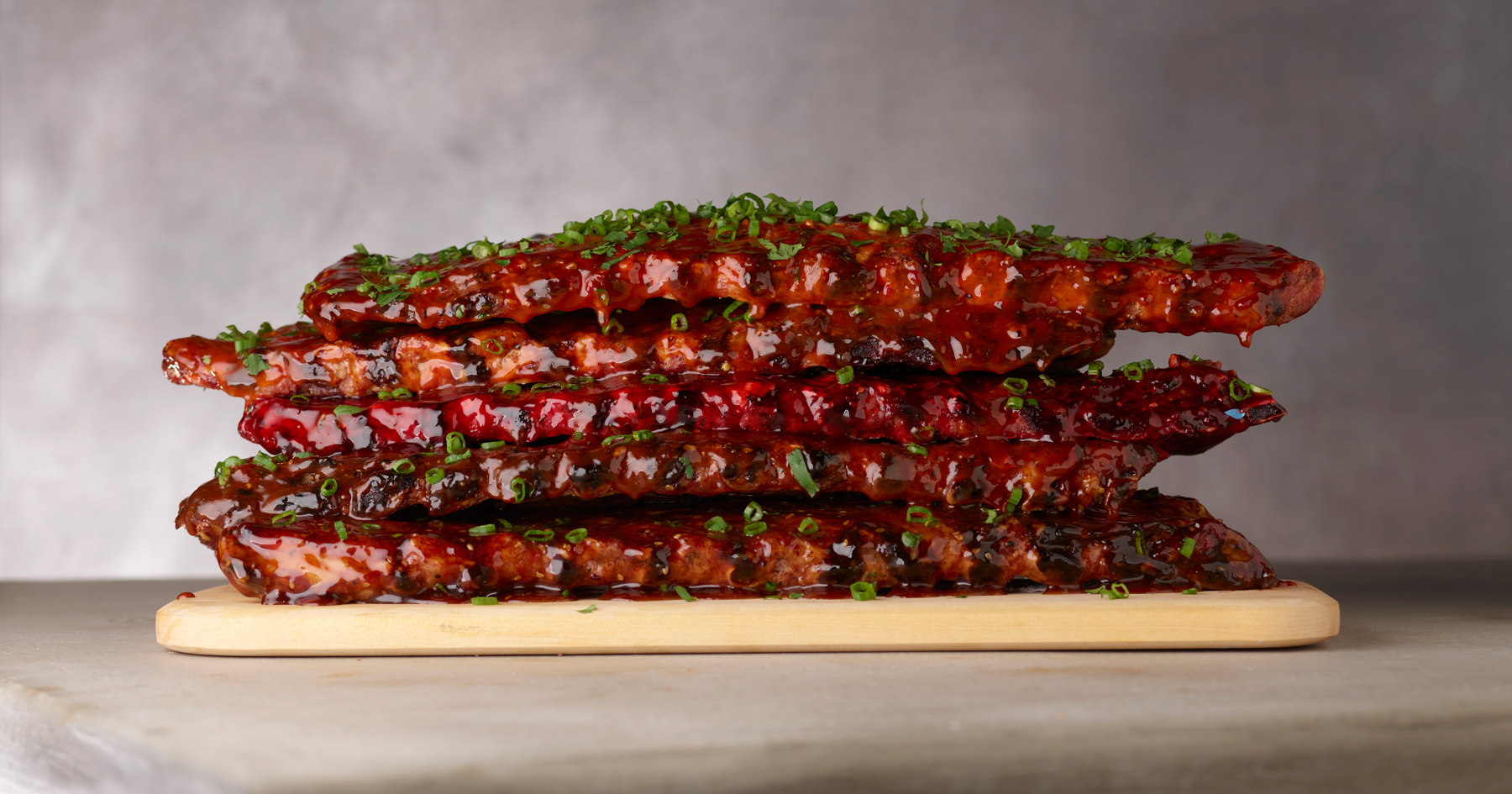 Farrand gave Restaurant Business a preview of the next round of LTOs, debuting in June. Another meat-lovers special—a large pork porterhouse—will be on the menu, accompanied by housemade peach chutney. “I’m really leaning hard into summer,” he said. Also in the works is an “over-the top BLT” filled with a full pound of hardwood-smoked bacon and juicy tomatoes, as well as a Southern Sampler—his take on a charcuterie board. It will feature Texas smoked sausage, pork belly burnt ends and candied bacon.

“Meat is what we do” is central to Smokey Bones branding, and that theme is clearly driving menu development, said Farrand.