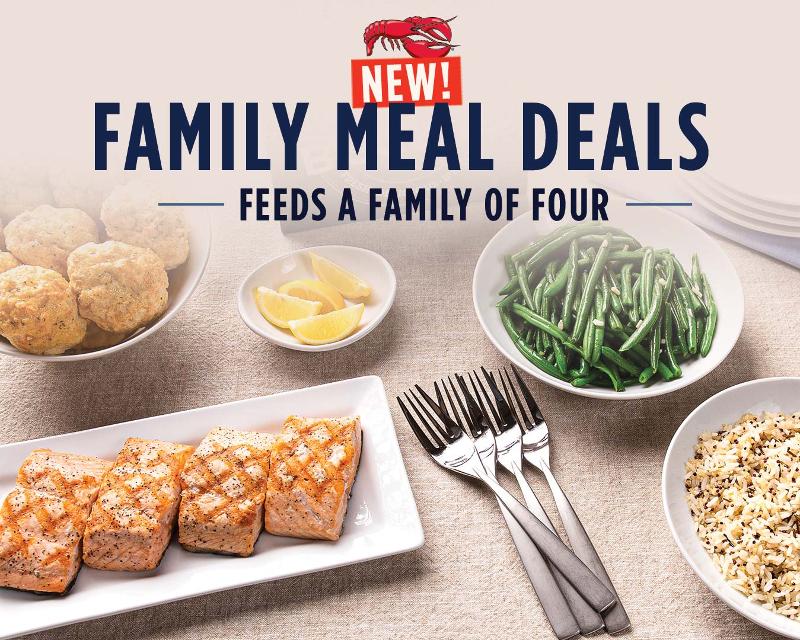 Family meals skyrocketed in popularity during the pandemic, as restaurants in every segment put together well-priced packages for those sheltering at home. At the same time, QSRs— particularly those with drive-thrus—ramped up offerings of value meals and deals. With the economic crisis that is resulting from the coronavirus crisis, budget-friendly to-go meals are a lure for consumers.

To track the appeal of this trend, a question on “value” was added to Technomic’s monthly menu concept development survey. In the survey, consumers are typically given the name and description of a new menu item or LTO, but this time, the price was provided as well, along with the name of the chain. Here’s how 500 consumers ranked the top five family meals for draw and the top five deals for value.

During the pandemic, Texas Roadhouse offered takeout for the first time and added several family meals. This rib dinner serves four, with three half slabs of ribs described as “slow cooked with a unique blend of seasonings and our signature BBQ sauce.” It comes with a family-sized salad, four individual sides and fresh-baked bread. In the survey, 79% of potential purchasers indicated they would visit Texas Roadhouse for this meal, based on its description and price. The word “value” in the name is a selling point, too.

A seafood dinner for four at $10 per person is a good value, and 77% of potential purchasers agree. This meal from Red Lobster features four pieces of Atlantic salmon, two family-sized sides and eight of the chain’s signature Cheddar Bay Biscuits.

Seventy-seven percent of potential purchasers were lured by the description and price of this burger package from Ruby Tuesday. The family meal to go includes four 100% USDA choice burgers and an assortment of toppings: shredded lettuce, sliced tomatoes, American cheese, red onions, mustard, ketchup, mayonnaise and pickles. It comes with one side and four cookies. 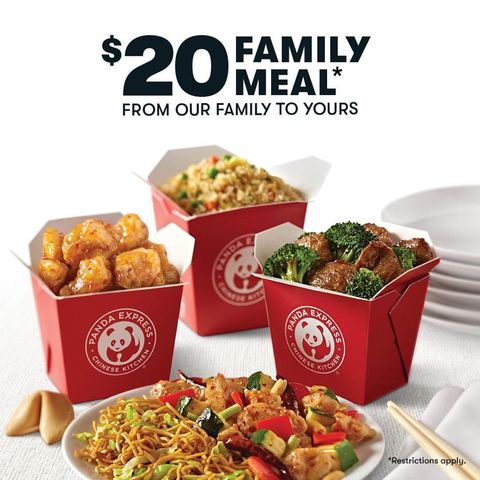 Casual-dining chains dominated family meal promotions, but quick-service Panda Express jumped on the trend with its version at about half the price—a value that appealed to 76% of potential purchasers. Panda doesn’t limit customers to one choice; they can order any three large entrees and two large sides for $20, and the package feeds four to six.

This fancier-sounding family meal was ranked high by 76% of potential purchasers. Although pricier than the others, the meal feeds five and the description promotes Carrabba’s chef-inspired grilling technique and premium ingredients. The wood-grilled salmon is topped with diced tomatoes, chopped basil and lemon butter and accompanied by a choice of garlic mashed potatoes, penne pomodoro or sauteed broccoli, along with salad and bread.

This deal from Burger King was given high marks for its value by 71% of consumers. Forty-four percent felt that it fit their budget and 26% said the portion size was sufficient for the price. 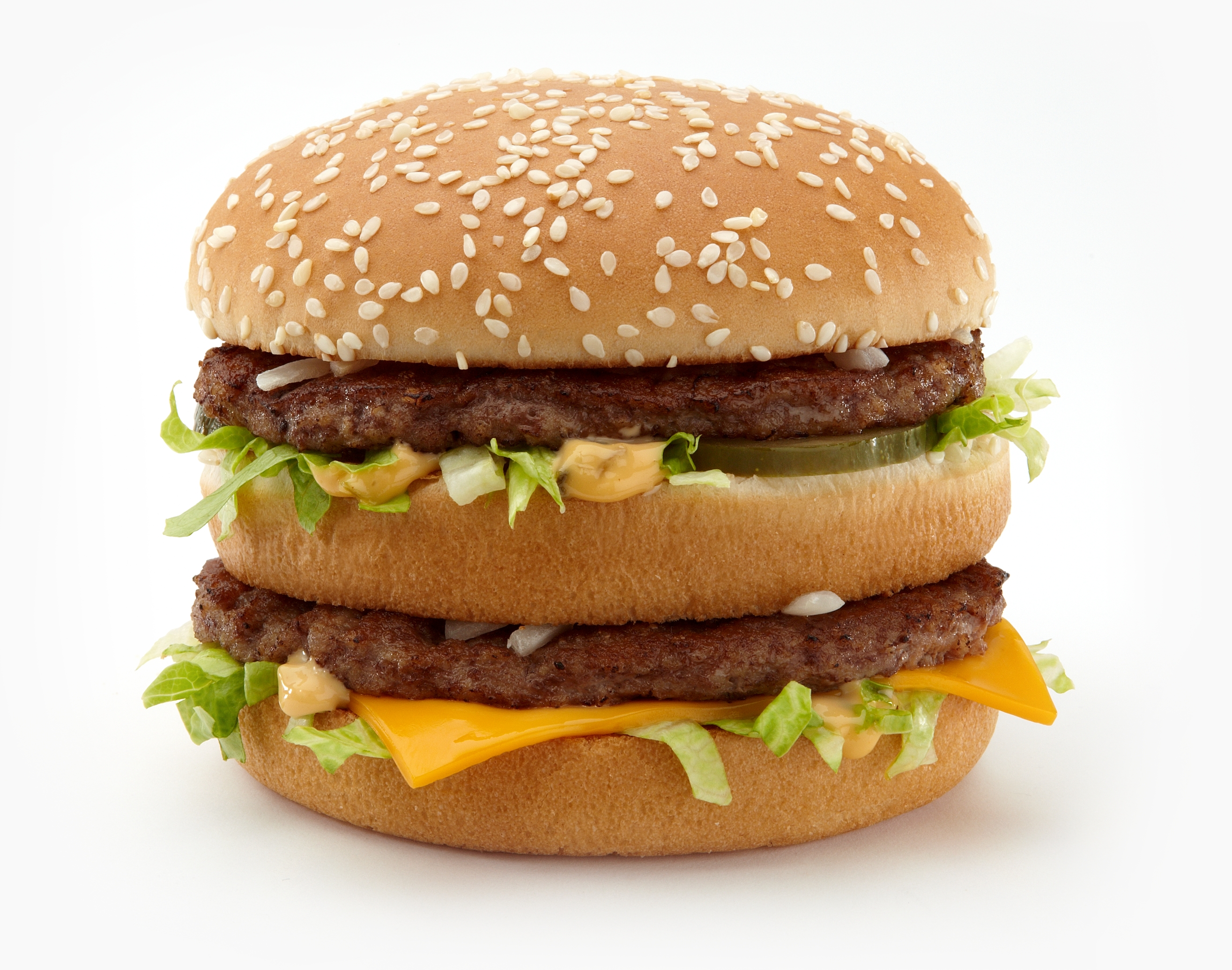 McDonald’s fans could choose two from their favorites—a Big Mac, Filet-O-Fish, Quarter Pounder with Cheese or 10-piece Chicken McNuggets—to put together this meal deal. That bargain appealed to 71% of consumers, 41% of whom said it fit their budget and 15% found it tasty.

This sandwich from Subway also ranked high in value with 71% of consumers, but it only received a 22% score for portion size. While most responders felt it fit their budget, the sub wasn’t as generous a portion for the price as the McDonald’s deal.

This $1 deal appealed to 70% of consumers in the survey, 41% of whom rated it high for fitting their budget. Seventeen percent also gave the hot dog a positive rating for taste.

Domino’s offered customers pizzas for takeout or delivery with a choice of any five crusts and up to three toppings. The description stated that extra-large and specialty pizzas were excluded from the deal, but 69% of consumers still considered it a good value. The pizzas fit their budget (41%) and came in a portion size that was good for the price (25%).

Portillo’s restaurants did massive drive-thru sales during the pandemic