Ideas are systematically fed to attendees of the NRA show through seminars, demos, exhibits, and the constant networking, among other ways. But RB’s editorial team spotted a few beyond those usual channels. Here are some innovations that you may find thought-provoking: 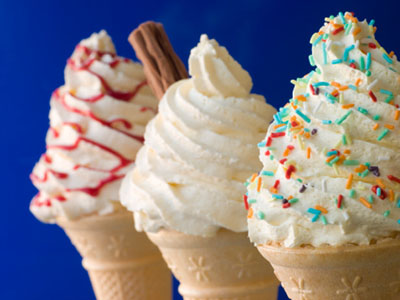 The safety calendar
Sizzler tracks safety issues at all its units and each month looks at what issue is most pressing: water on the floor, slips and falls, burns, whatever. They print the next month’s calendar-page poster with a shot of a real worker and give instructions on the proper safety protocol for whatever issue is being addressed.

Shut down the fries
When Burgerville CEO Jeff Harvey was told the chain’s signature fries were coming out limp because of a sudden change in growing conditions, he decided to start a dialogue with customers. First, they were alerted that Burgerville would stop selling its standard fries until the quality could be restored. Then Harvey sent out word via Facebook that anybody wanting fries could get the more expensive waffle version for the price of a regular order. And once it had guests’ attention, the regional chain solicited fans’ ideas about what other sides they’d like to buy. Headquarters was flooded with great suggestion, according to Harvey.

Business card coupon
When Sean Hart hands out his business card, the director of franchise development at Jersey Mike’s is trying to land customers as much as prospective franchisees. One side has his contact information. The other: a coupon for a free sub.

Fazoli’s family plan
Fazoli’s strives to foster camaraderie among its employees by encouraging them to participate in an internal aid fund. Staffers contribute a minute portion of their payroll to a kitty that’s then used to help employees in need, according to CEO Carl Howard. He cited the example of a unit crewmember whose mother died without life insurance. The fund provided money for the funeral and other arrangements.

Bring downtown to the burbs
As chef Eric Justice pointed out, the suburbs are being exposed to food culture through shows like Chopped and Top Chef. They want what they see, like anybody else. So bring it to them. Think about it like fast casual with an attitude. Justice is working with Front Burner restaurants out of Dallas on a new concept called Mexican Sugar that will bring a downtown feel to the commuter class. Whiskey Cake, another Front Burner concept, has already proved the idea.

An ice cream store in Africa
Bruster’s Ice Cream CEO Jim Sahene has to fight the same battle any ice cream concept does: business is great in July, miserable in January. So they opened a store where it’s like July all year: Ghana, Africa, where the average temperature hovers around 80 degrees. The unit is outselling all the chain’s 200 stateside stores.

Static health action
Promoting healthful activity doesn’t mean reeling off one high-action promotion after another, as McDonald’s demonstrated to keen-eyed show-attendees who walked past Chicago’s Millennium Park. The fast-food giant has taken more of an institutional approach in its home turf. Big Mac is the sponsor of the McDonald’s Cycle Center, where commuters from outside Chicago’s downtown area can stow their bikes securely and under cover for free. For an annual membership fee, bike commuters can even use on-premise showers and lockers. The notion is to promote exercise within McDonald’s home turf.