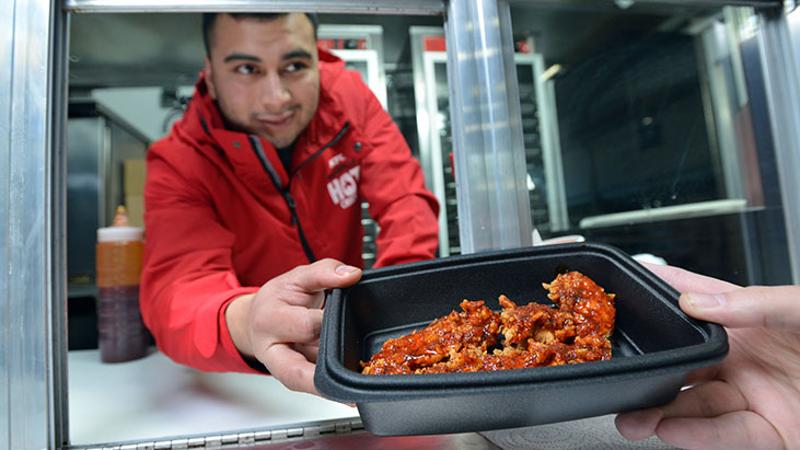 While Taco Bell is spending millions to hype its newest product, sister-brand KFC is quietly finalizing the rollout of what may be a more significant introduction. The chicken chain is expected to roll its new Nashville Hot Chicken into all 4,300 U.S. stories on Monday.

The Nashville-style chicken, which is dipped in a peppery batter before being fried and served with sliced pickles, is seen as the chain’s most significant menu extension since it tried grilled chicken last decade.

The Yum! Brands chain has been whetting interest in Hot Chicken by sending a food truck into selected markets to provide samples. The approach is markedly softer than the ramp up to Taco Bell’s introduction of what it’s touting as its “biggest food innovation yet.” An announcement of the new product was released last week—but in the form of a press release with most of the information redacted.

The menu addition will be unveiled in a Super Bowl ad, Taco Bell’s first ad spot during the big game in three years.