Shake Shack’s marketing department had previously been helmed by Edwin Bragg, vice president of marketing and communications, who left the fast-casual chain in June for a family move.

Refining Shake Shack’s touchscreen kiosks will be one of Livingston’s immediate goals, he told Adweek magazine. 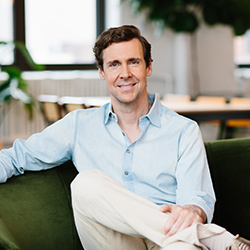 Livingston spent the last week working at Shake Shack units in New York City and New Jersey, according to the article.

“I was working in full uniform,” he said. “I was in every station—the grill, the shake station, and I worked the front of the house.”

Shake Shack, known for its extremely limited menu, made headlines earlier this month when it launched its Chick’n Bites nationwide. The bite-sized chicken pieces are cooked sous vide before being breaded and fried.