Dekker, who previously served as CMO of Wingstop, will take over day-to-day leadership of Bonchon from Jinduk Seo, who will continue to serve on the restaurant chain’s board.

“The board and I are confident that Flynn is the right person to build on the growth and momentum Bonchon has built in the United States and worldwide,” said BM Park, chairman of Bonchon’s board of directors, in a statement. “He is a seasoned leader with significant experience working with multiunit restaurant concepts on operational efficiencies, revenue generation and delivering value to franchisees and equity holders.” 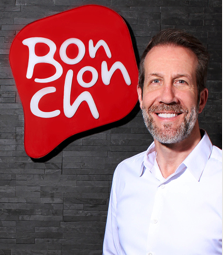 Dekker, who was part of the team that took Wingstop public in 2014, will be charged with steering Bonchon’s growth in the U.S. and worldwide. The brand, known for its double-fried chicken and a name that translates to “my hometown,” currently has 92 U.S. units and 345 international stores. It is slated to add 15 U.S. locations in the next year.

“There is a lot of white space for Bonchon to grow as we introduce our signature fried chicken to more franchisees and consumers in markets across the world,” Dekker said in a statement. “Our goal is to have one of the best investment ratios in the business, driven by our continued commitment to our passionate base of fans.”

He resigned from Dallas-based Winstop in March 2018 to take a sabbatical to spend time with his family.