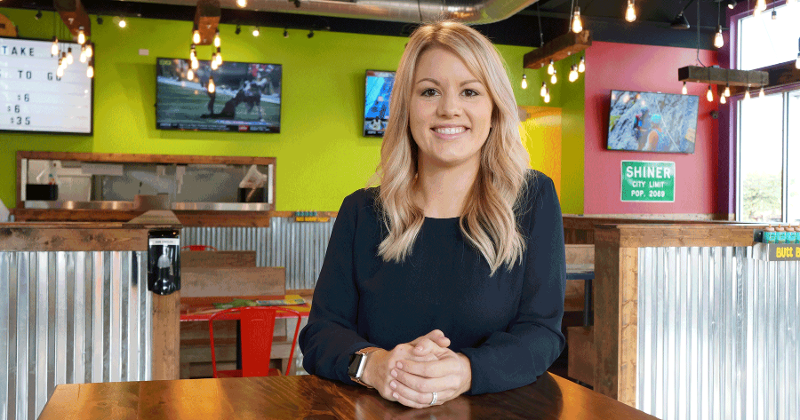 Fuzzy’s Taco Shop on Thursday announced that its CFO Jessica Wescott would also take over the role of chief operating officer.

Wescott was appointed chief financial officer in September 2019, about a year after she joined the Irving, Texas-based fast-casual chain as executive vice president of finance.

She has streamlined internal operations and has developed an annual strategic plan that is reported against quarterly to the chain’s franchise advisory council, the chain said.

“Her analytical approach to our overall strategy and growth goals has resulted in increased sales and profitability for our franchisees,” Fuzzy’s President Mel Knight said in a statement. “Our franchisees trust in her ability and look to her for guidance, which made the decision to expand her role to include chief operating officer a very easy one.”

Wescott has been lauded for building relationships with franchisees, and she estimates that she spends 30% of her day talking to those operators.

Fuzzy’s has nearly 150 franchise- and corporate-owned restaurants in 16 states.