The head of Starbucks’ high-end operations, including the company’s Roastery and Princi concepts, is taking an “extended unpaid leave” from the coffee giant, according to a Securities and Exchange Commission filing.

“After 18 years with Starbucks, Cliff has decided to enjoy a well-earned ‘Coffee Break,’” a Starbucks spokeswoman told Restaurant Business.

Burrows plans to spend some of the time traveling in Europe with his family, according to the company. 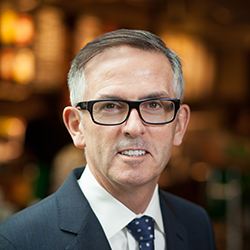 All benefits-eligible Starbucks employees who have been with the company at least 10 years are permitted to take a sabbatical (known as a Coffee Break in company parlance) of up to 12 months.

Starbucks’ former Chief Operating Officer Troy Alstead, once considered the heir apparent to Starbucks founder and former CEO Howard Schultz, took a sabbatical in 2015 and opted not to return to the company, paving the way for Kevin Johnson to become the company’s COO and eventual CEO.