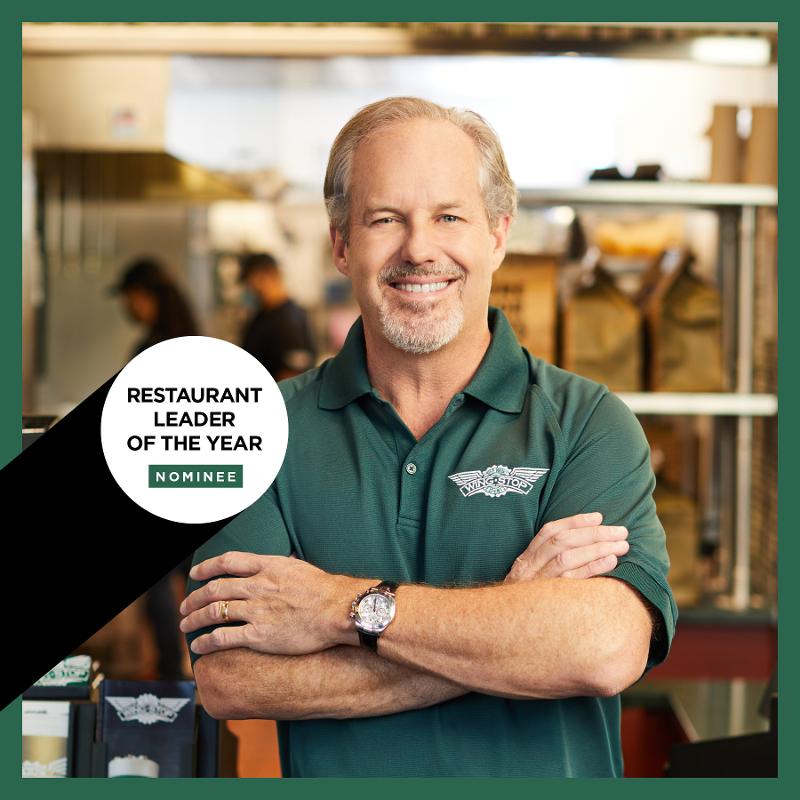 Customers can order Wingstop’s wings via smartphone app. But each of those orders is transmitted to the restaurant through a fax machine before being manually typed into the point-of-sale system before becoming a printed ticket that’s stuck on the rail for cooks to prepare.

“How inefficient is that?” Morrison, who is one of the 2020 nominees for Restaurant Business’ Restaurant Leader of the Year award, said.

To say Wingstop has traveled light years from those fax machine days is an understatement.

“I’m a big fan of George Jetson and what he was able to accomplish,” Morrison, 52, said. “So many of those things have come true.”

The Dallas-based brand, which now has 1,579 restaurants worldwide, wisely spent those years between 2012 and 2020 streamlining its technology strategy, making investments in digital platforms and delivery. Wingstop was acquired by Roark Capital in 2010 and went public five years later.

Through a partnership with Doordash, Wingstop was just rolling out nationwide delivery when the pandemic struck.

“It catapulted our business with incredible growth,” Morrison said.

If imitation is the sincerest form of flattery, then Wingstop must be positively tickled at the vast crop of virtual wing purveyors that have sprung up during the pandemic.

“We’ve arrived at the point that we believe chicken wings is the answer to same-store sales growth,” Morrison told analysts earlier this year, dismissing those wing upstarts. “Having a robust digital infrastructure already in place and a proper delivery partner have more to do with the strength of the brand than anything else.”

Roots as a programmer

Morrison is not a recent convert to the game-changing world of restaurant technology and data.

In the late ‘80s, a Kansas State University professor urged Morrison to study computer programming, stressing that understanding databases and decision analysis would be vital skills for the young man.

Morrison leveraged those skills to get an early job at Pizza Hut in his hometown of Wichita, Kan., as a programmer—albeit in a different language than the one he had learned in college.

“That particular opportunity and that door opened and it was one I could fit because I knew how to program,” he said. “I wasn’t great at it.”

But, he added, “I was the guy who had access to the information, so I became sort of popular.”

One of Morrison’s first tasks was developing programs to extract data from those giant, old mainframe databases.

“I learned very quickly to be able to access information to drive a very large company,” he said.

His mentors taught him, though, that data for data’s sake is useless.

“Don’t just focus on getting me the data,” Morrison said he learned. “Learn a lot about why we need the data as an organization and what we’re doing with it and how to translate that … I’m still a leader who leverages information to help make decisions. That information creates clarity around the decisions we make. It’s paramount to what we do.” 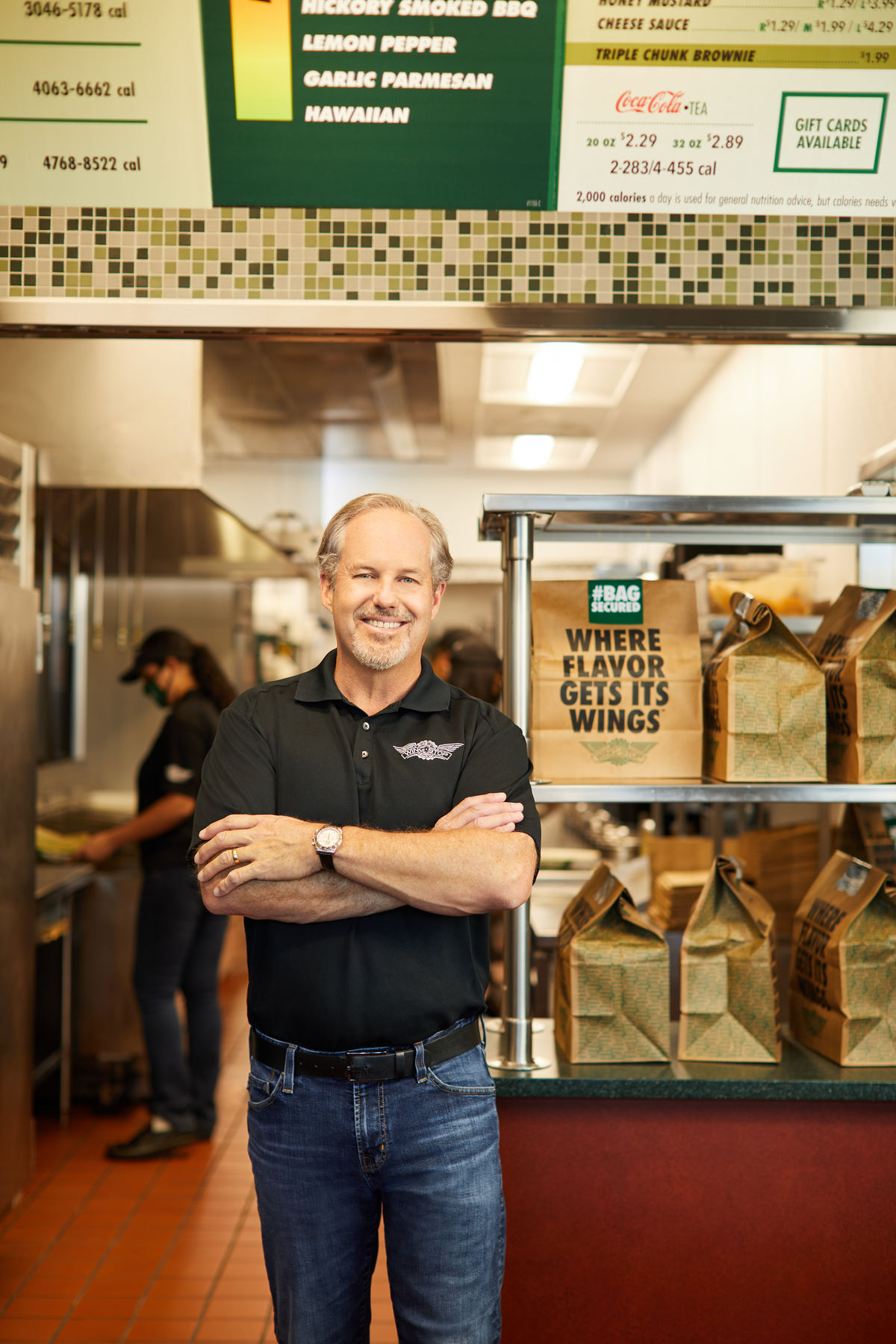 At no time did decision-making become more important at Wingstop than in the pandemic’s earliest days.

Wingstop CFO Michael Skipworth remembers “like it was yesterday” sitting in a conference room in the middle of March 2020, watching then-President Trump give a coronavirus update.

Wingstop’s leaders were deciding whether to close the chain’s dining rooms.

“We debated it,” Skipworth said. “We were divided, and it was one of those decisions that ultimately came to Charlie and it was his call. As we look back, it was the right call. That moment triggered how we responded to the pandemic. When we made that decision, we made it with the belief we were going to lose 20% of our business overnight … It was the right decision, as you think about the safety of our team members.”

Danny Sonenshine, one of Wingstop’s largest franchisees, said Morrison’s bold decision to close the chain’s dining rooms, before such shutdowns were mandated by the government, initially wasn’t very popular.

Ditto for Morrison’s earliest days with the chain, in which franchisees were made to upgrade their POS systems and other technology, Sonenshine said.

“It wasn’t popular,” he said. “We thought it was too expensive. We thought the current systems were fine. He convinced us. He not only made the business case for it; the brand ended up giving incentives to us that weren’t on the table to begin with. He’s willing to sit down with us, to listen, to come up with some compromises to make it more palatable to us. There’s always dialogue.”

Sonenshine opened his first Wingstop unit in 2005 and recently opened his 66th restaurant. He has 20 more units in the pipeline.

“It’s an incredibly resilient brand,” he said. “I can’t think of a major decision I’ve made in my own business without picking up the phone and calling Charlie. He really does care. It can be small things like a hire I’m going to make to, What do you really think about this market? He’s pretty candid. He’ll be honest with you. He’s just been a great sounding board as I’ve navigated my own business.” 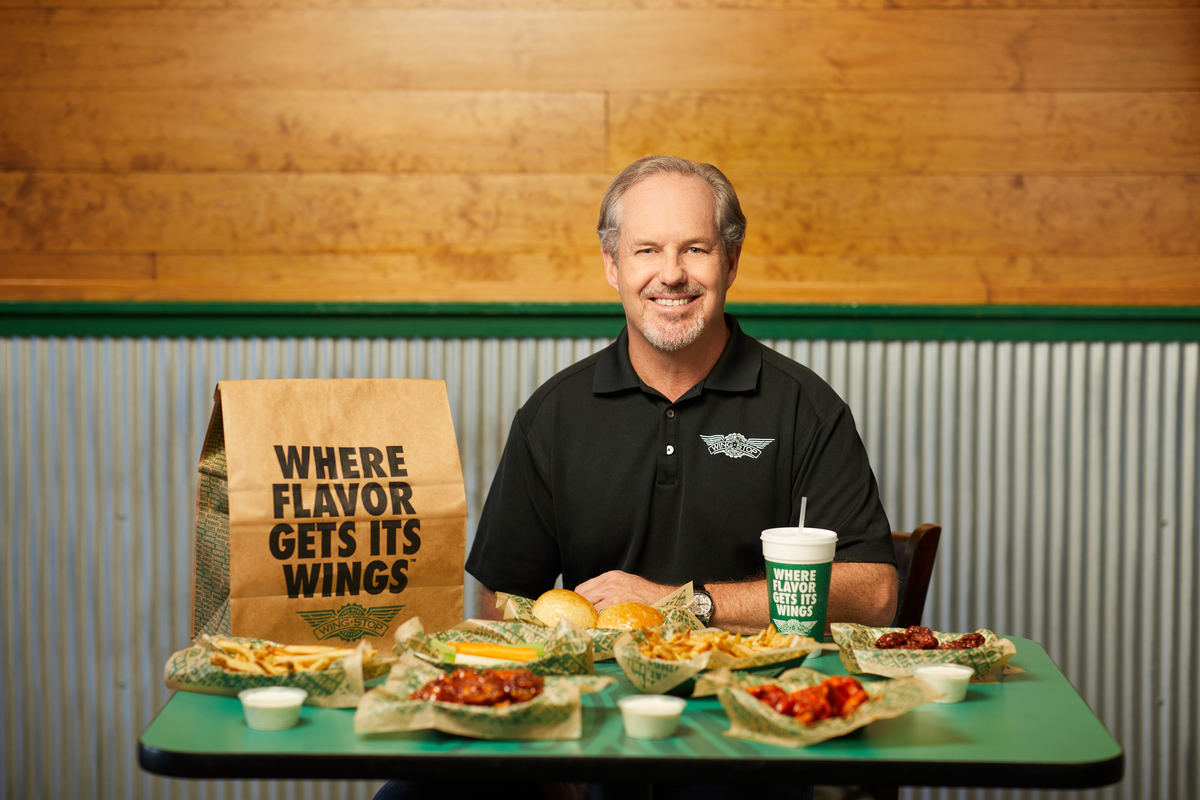 It has become a trend recently for restaurant brands to invest in tech companies.

Wingstop has a drone in its building that can deliver a 40-piece family pack of wings, but government officials don’t allow that to happen just yet.

“I don’t think we need to buy a drone company to solve that problem,” Morrison said.

In the early 2000s, he ran product development for the brand then known as Kinko’s. That company considered itself as “the fast second provider” of technology. Let someone else develop and perfect and pay for the tech, and then replicate it, Morrison said.

What Wingstop has focused on is building the infrastructure so those pieces of new technology can be dropped in, he said. That’s why the company is now focused on building a global framework for digital restaurant transactions, rather than some of the flashier technology that’s out there.

“Autonomous vehicles are a good idea,” Morrison said. “But they’re a long ways away. What’s important now is making sure we’re building the infrastructure for what is a global solution for digital transactions of food. It’s a little more fundamental but it’s certainly a necessity. I can tie autonomous vehicles into that infrastructure real easily down the road.” 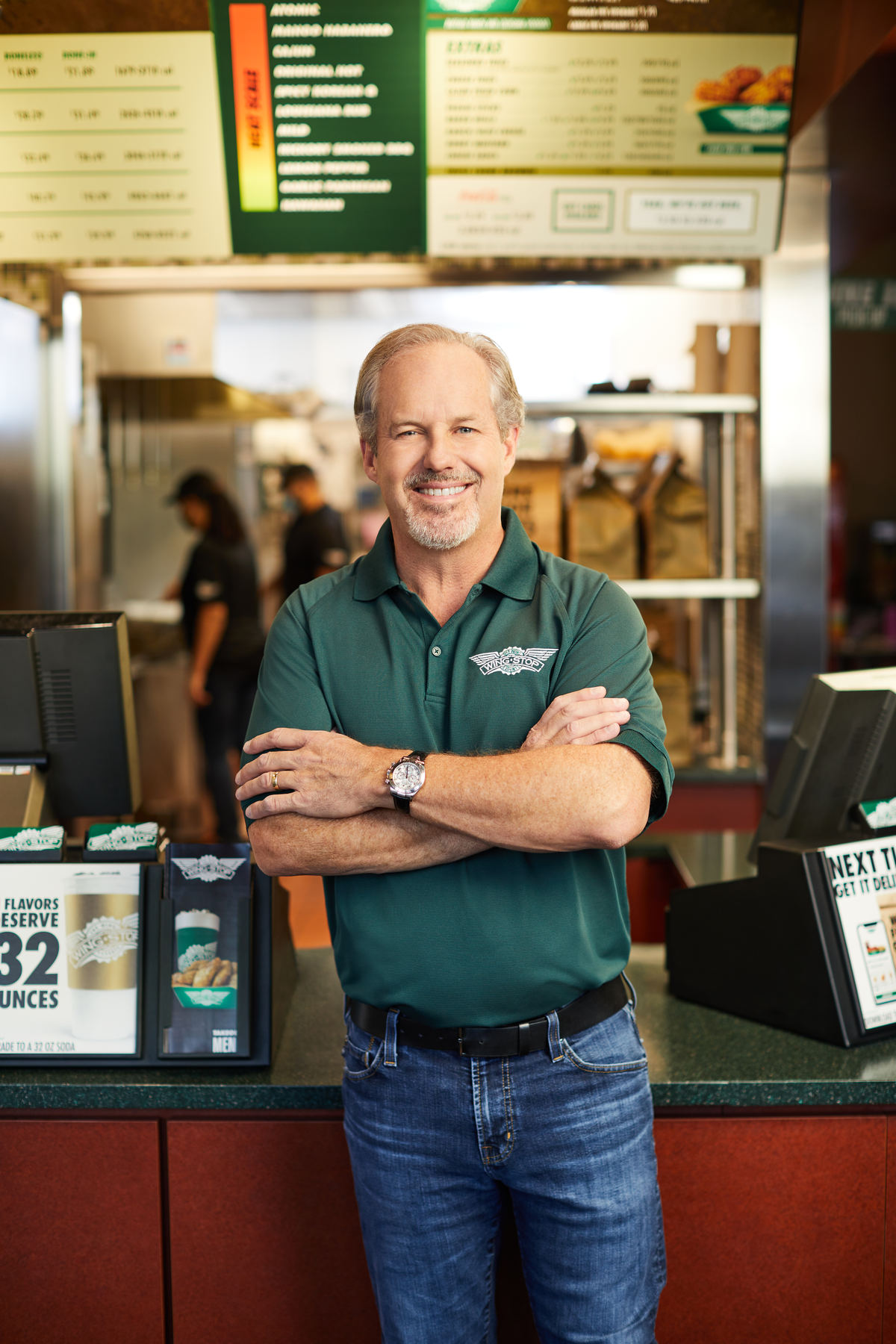 Looking at Wingstop’s balance sheet, it’s easy to assume this is a brand that has ascended to coasting mode. Definitely not the case, Morrison said.

“It’s always challenging; that’s never let up,” Morrison said. “The challenge always exists; the risk of complacency is what I fear. It keeps us sharp as an organization not to allow that to set in.”

Wingstop started hosting Speak Your Flavor conversations every other week, open to all members of the organization from the board level to the store level.

A recent discussion centered around the rise of hate and violence against the Asian-American community.

“That led into a discussion on faith and how we can leverage faith,” Morrison said. “People really speak authentically. It’s working for us. Leaders need to find a way to allow that to happen. It’s scary for you as a leader to do it—you don’t want anybody to make a mistake. You as a leader have to demonstrate that vulnerability in order for your team to be able to trust having an honest conversation about what’s going on in life.”

With the pandemic apparently easing, Morrison will now help guide Wingstop through the latest potential hurdle, one of the company’s own creation:

“Our growth rate last year was extraordinary,” he said. “Now our challenge is how are we going to lap that? We’ve challenged ourselves with the goal of doing just that.”

The five Restaurant Leader of the Year nominees will participate in an online panel discussion on May 25 in collaboration with the National Restaurant Association Show. You can register for the discussion here.