J. Alexander’s Holdings on Thursday said that it has promoted Jason Parks to vice president and chief information officer. 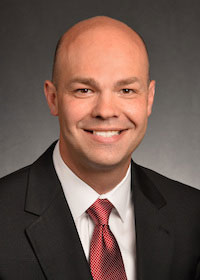 Parks has already assumed the new role. He had previously been the company’s director of information systems. He is a longtime company veteran who started as a server in May 1991 at the chain’s first location in Nashville.

He was in restaurant management through 1996, when he was named director of information systems.

“Jason has proven himself as an invaluable leader in directing the evolution of our information systems,” CEO Lonnie Stout said in a statement.

J. Alexander’s operates a collection of upscale casual dining chains, including its flagship J. Alexander’s, Redlands Grill, Lyndhurst Grill and Stoney River Steakhouse. The company is based in Nashville and operates 44 locations.